Following news that Aspall cider has been snapped up by American giant Molson Coors for £40 million, it has emerged another leading Suffolk business is being targeted by the Americans.

The Suffolk Gazette, Britain’s favourite local newspaper, has been approached by US-based The Onion in a £9.99 hostile takeover bid.

The Aspall deal shocked Suffolk consumers over the weekend, but news that The Onion, America’s huge satirical website, is after the Suffolk Gazette is a real blow to the community.

Residents value the independence and factual reporting of the Suffolk Gazette, which has published all the goings on in the county, and a few from Norfolk, on its website for hundreds of years.

A spokesman for the newspaper said: “We can confirm that The Onion has made an approach to purchase the Suffolk Gazette and all its assets for £9.99.

“This amount includes the Suffolk Gazette’s debt, which amounts to an unpaid bar tab at the Greyhound Public house in Ipswich.

“The board of the Suffolk Gazette does not want to sell the newspaper, but is happy for The Onion to pay the bar bill.” 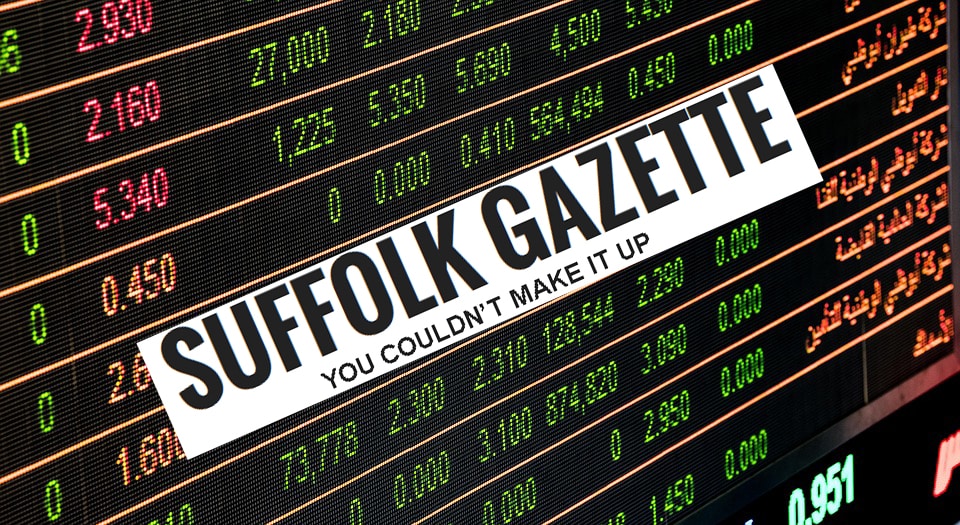 Records at Companies House indicate the Suffolk Gazette turned over £2.99 last year with a gross profit of £1.05, making The Onion’s £9.99 valuation a fair one.

But staff at the Ipswich-based media empire believe it will be a terrible decision to allow The Onion to take over.

Crime correspondent Hugh Dunnett, speaking on condition of anonymity, said: “The Americans would ruin the Suffolk Gazette. They don’t really get the British humour. They even spell humour humor.

“We will consider taking strike action if this goes ahead. We are fully behind the editor, except when he has had five pints of Adnams and a curry.”

The Suffolk Gazette is famous for cutting-edge exclusives such as ‘Seagull rips off nude sunbather’s tesicle’, and ‘Morris dancers and blind footballers in mass brawl’.

55,833FansLike
9,852FollowersFollow
January 8, 2018
Previous article
Ipswich dumped out of FA Cup to concentrate on mid-table finish
Next article
A14 in Suffolk upgraded to a motorway