How you can make moving house as painless as possible 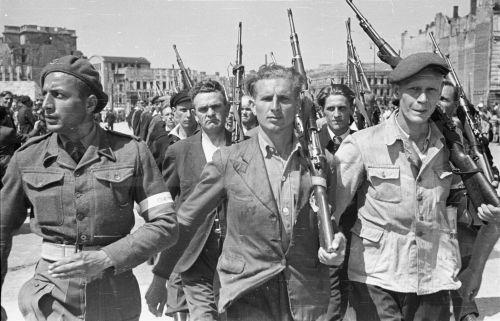 The Suffolk Gazette office has just received an unexpected communiqué from the Suffolk Liberation Front, which we thought had gone into retirement. We reprint it below, as instructed.

It has been some time since the Suffolk Liberation Front issued a news release, with the last time being a rather sad affair as our forces were decimated and the commanding officer was on the run, literally fighting for his life at times.

Since those times the SLF has been busy rebuilding and we feel that it is time to reassure the residents of Suffolk that we are on our way soon.

We have been made aware of scattered stay-behind units of the SLF throughout Suffolk who have been fighting a desperate guerrilla action, the commanding officer has now been in touch with these scattered heroes and has promised imminent relief to them. They have gratefully contributed financially to the fund for the SLF return.

During all this time that the SLF have been absent from Suffolk, the commanding officer has remained grateful to the independent Ravenswood Airborne Battalion, who have been bravely holding out against all odds and have kept a small pocket of Suffolk free from second home owners, Norfolk incursion and all things non Suffolk. Come the time when the SLF returns it is foreseen that this independent battalion may refuse to amalgamate into the regular SLF and some pitched battles may ensue in Ravenswood. It is hoped that this does not happen as there is a strong manufacturing and industrial base in that area which will be needed to build fences not bridges.

There have been some very heated meetings at the secret SLF training base about what tactics are to be used and what direction the SLF will go in, upon the return there will some new faces, because the previous deputy commander was actually an informer (grass) to forces opposing the SLF relief and and liberation of Suffolk.

The new plan for now is to seal Norfolk on the land borders with a razor wire electrified fence and to mine the coast, preventing any shipping landing there. The SLF intends on seizing fighter jets from the rather odd USAF bases we have; thus liberating Suffolk from imperialist American occupation and pleasing our new allies the DPRK ( North Korea). With the seized aircraft we will establish a no fly zone over the whole of Norfolk and bomb all airfields and landing strips, we will the leave the medieval hell hole to fend for itself, it will become much like scenes from the film Escape From New York.

There are other plans in place which must remain confidential due to operational security reasons.

We are sad to report that the commanding officer continues to receive death threats on a regular basis. He has diligently stuck it out in exile in Southend, at one point things got dangerous for the commander and he was forced to flee further south, to a seaside town where he spent the week on a rampage of cocaine, alcohol and prostitutes, spending the week gaining strength and resting up for the battle to come.

The commanding officer has recently been attacked several times. On one occasion he had slipped into Suffolk to make contact with his men and came under attack from drill wielding maniacs, the CO dealt with it quickly, escaping after fighting for his life.

Sadly the latest attempt on the COs life was serious. He was driving sedately at 80mph in his armoured vehicle when he came under fire from forces unknown to him but which are suspected to be sympathetic to Norfolk and fed up with the SLF being in Essex. Luckily the attack was unsuccessful as the CO had wisely fitted bullet proof glass as a windscreen. The CO was so highly trained that he didn’t even flinch and carried on his journey after the attack.

I enclose a picture of some of the fighting strength of the SLF and it is highly recommended that you the editor publish our newsletter as otherwise you will be seen as sympathetic to Norfolk and people opposing SLF rule, and you will be dealt with accordingly when the CO comes back in a convoy of vehicles with the song The Boys Are Back in Town playing loudly.

Come the SLF return, the Suffolk Gazette will be given a worldwide exclusive of this return including every battle and action undertaken. We wouldn’t want to have to come round to your HQ and insist that you come along to report on the events to come.

Sincerely,
SLF Press officer Osborne
We are Suffolk, we are united