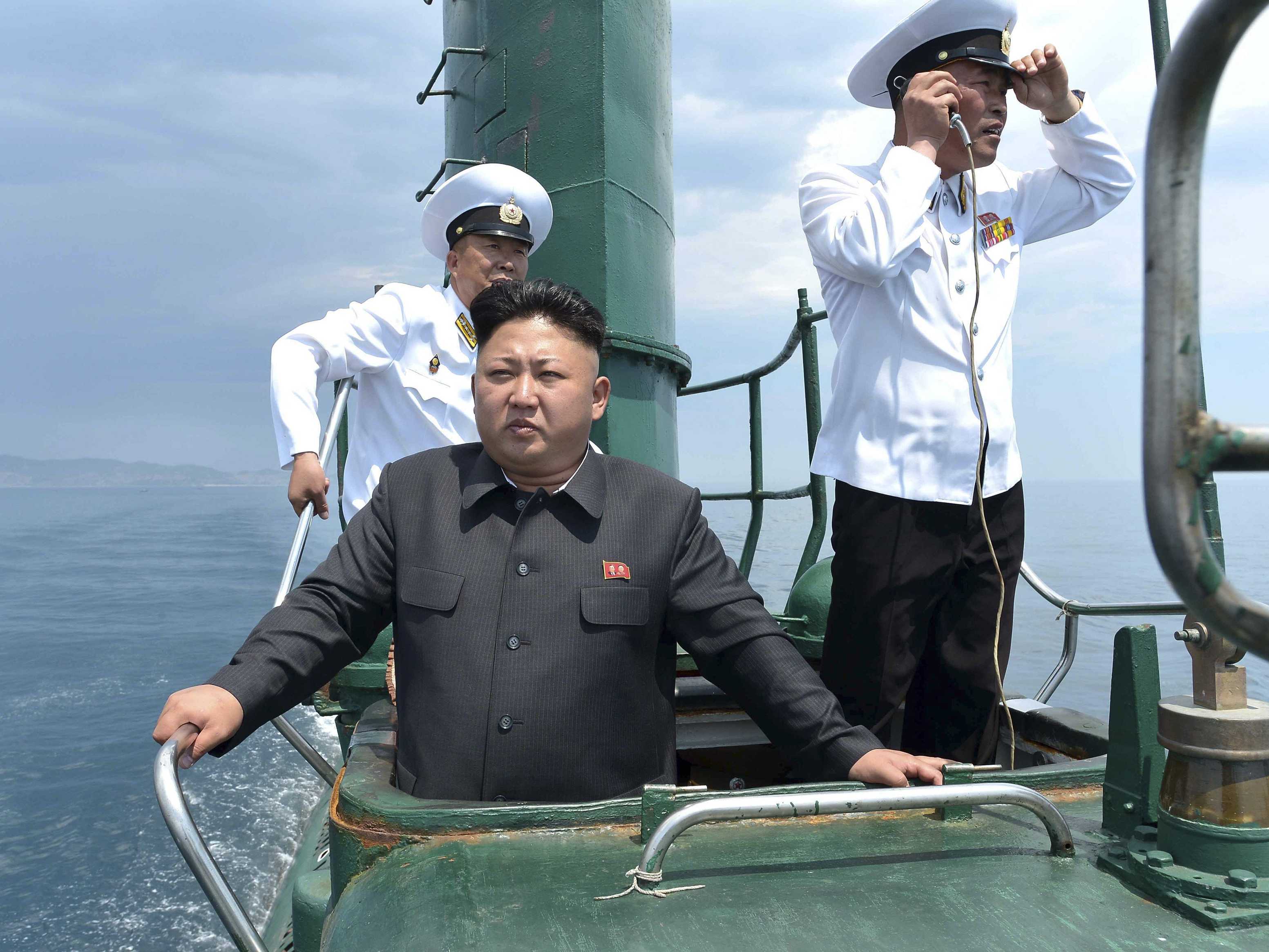 A North Korean submarine was caught red-handed spying on Britain from the North Sea, it has emerged.

The Romeo Class sub, which Supreme Leader Kim Jong-un toured personally only three years ago, was spotted by a Royal Navy patrol ten miles off the Suffolk coast.

It had surfaced for fresh air when it was clocked by the radar of nearby Royal Navy patrol boat, HMS Mersey.

Our boys told the North Koreans in no uncertain terms that their mission breached clear regulations and that the sub should return to international waters.

Without argument, the North Korean sub closed its hatches and submerged silently under the waves.

HMS Mersey, a River Class patrol vessel more often used to protect British fisheries and borders, used its sonar equipment to tail the sub as it slunk off towards the Norwegian Sea.

From there it was picked up and tailed by the Swedish Navy as it skirted around the north of Russia and back to the Sea of Japan.

Defence officials were alarmed by the appearance of the ancient North Korean sub, which was originally provided by the Russians but has long since been mothballed from their own fleet.

A Ministry of Defence insider said: “It’s possible this was just an attempt to wind us up.

“Certainly the sub was not armed with anything more than a machine gun. Sonar showed its torpedo bays were empty.

“But it is more likely this was a straightforward spying mission, and the sub was likely going up and down the East coast of the UK looking at ports and military facilities.

“The fact it was seen off Suffolk is a little concerning, as that is where the Sizewell Nuclear Power Station is.”

He confirmed no shots had been fired and the North Korean sub turned around and left the area within minutes of being spotted.

North Korean submarine fleet, although large, is thought to be woefully out of date.

The Romeo Class was built in Russia way back in the 1950s. Four were presented to North Korea, but they have not been used in Russia for decades.

The vessel is diesel-electric and has a top speed of only 13 knots, and is operated by a crew of 54. It would have taken the sub months to reach the North Sea.

The incident is similar to the time a Russian submarine was caught spying off Felixstowe in Suffolk.