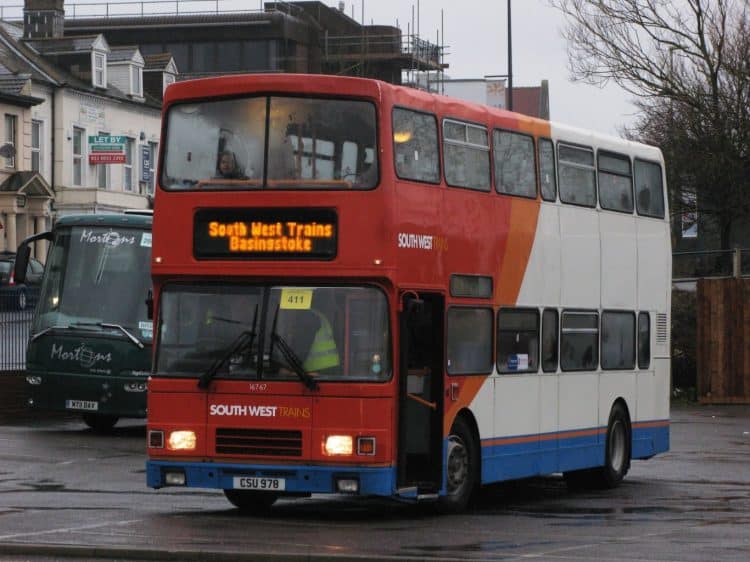 They say customers will be delighted to pay record fares once they realise a comfy bus replacement is waiting in the station car park.

A spokesman for Train Industry Transport Society (TITS), which represents rail operators like Southern trains and Greater Anglia, said: “Hiring a rail replacement bus service is not cheap – it costs us a lot of money.

“Not as much money as running a train, but let’s not get bogged down in figures.

“The point is, if our customers want to get from A to B they should not expect to get on a train, but on a bus.

“And as we need more buses because our trains are shit and the network is screwed, we have to spend more money so the tickets need to go up.

“Instead of moaning, passengers should be pleased to be on a freezing bus with misted-up windows as it trundles from one random rural station to another for hours on end.”

But passenger groups were, for some reason, not so keen about more rail replacement bus services.

Lorraine Fisher, 34, who travels regularly between Suffolk and London using the Greater Anglia “service”, said it was outrageous.

“We have so many rail replacement buses – every weekend and Bank Holiday for years, seemingly – that we should be getting a reduction in ticket prices, not a record increase.”

Greater Anglia has put its prices up by 3.4 per cent, the highest rise for five years.

Only one group is pleased with the latest developments – and they are all rail replacement bus drivers like award-winning Gerald Jenkins.

Gambling in Suffolk: everything you need to know