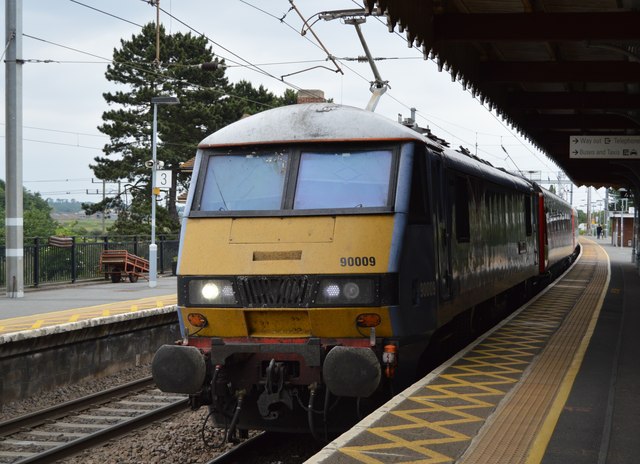 The Greater Anglia train company recently published this notice during delays on the East Anglian mainline into London.

“We regret that the 7.38am from Ipswich will be delayed into London owing to following other late-running services. Those services were late because of disruptive passengers preventing a train from leaving Colchester, which was late because it was stuck behind a broken down train at Witham. The train at Witham could not be moved in a timely fashion because there was a track defect at Kelvedon, and a signal failure at Chelmsford meant the rescue unit wouldn’t have got through anyway.

“The disruptive passenger problem was exasperated by overcrowding owing to six locomotives being out of action with engine problems and a further 48 carriages stuck in the depot with flat wheels caused by inclement winter weather conditions. This was only made worse when the weather warmed up later in the morning, with the heat causing issues with the overhead lines at Shenfield. Passengers saying the weather is a poor excuse should note the overhead lines also had a problem with plastic sheeting draped over them in Brentwood, which had blown in high winds from a nearby building site, the same site incidentally which caused a line-side fire this morning as well, delaying the 6.30am from Norwich. Such was the disruption that our staff became stressed and four more trains were cancelled owing to ‘waiting for the train crew’.

“Meanwhile, just as the service was expected to return to somewhere approaching normal levels, a freight train broke down just outside Ipswich and a points failure at Stowmarket delayed its removal. A passenger who was ‘sick and tired’ of the whole thing was deemed to have been taken ill, forcing his train into an unscheduled stop at Chelmsford. This caused the following services to be delayed, including the original 7.38am from Ipswich, which never actually made it out of the station before being taken out of service.

“We should point out that the 7.38am would probably have got away at 10am were it not for a rail replacement bus service striking a railway bridge at Manningtree, forcing engineers to be called out. Services should be back to normal before this evening’s rush hour. Have a nice day.”

Sit back and enjoy a cuppa

Don’t fret about catching a train, enjoy a hot drink in a Suffolk Gazette mug from our partners at Dirty Old Goat. They make splendid gifts and will be enjoyed every day for years. FREE UK delivery.

42,280FansLike
6,447FollowersFollow
February 16, 2022
Previous article
How to stay safe while cycling in the city
Next article
Who will cause the biggest upset at the Cheltenham Festival?