Gambling and sports: what is common and different?

Two elderly Norfolk farmers, who were supposed to be knighted by the Queen for services to British agriculture, were thrown out of Buckingham Palace because they turned up for the ceremony with their pitchforks.

Bubba and Billy-Bob Spuckler, from Downham Market, were told to dress smartly for their investiture in London, and so wore traditional Norfolk dress including their trusty pitchforks.

But Royal protection officers took one look at the pair, aged 87 and 85, and threw them out into The Mall when they refused to leave the prized farming implements at the door. 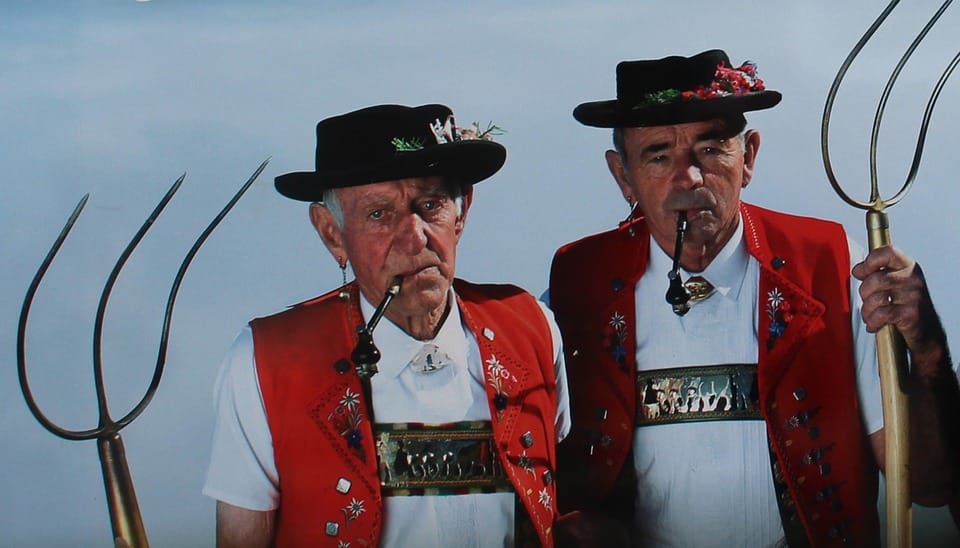 For fork’s sake: Bubba and Billy-Bob Spuckler dressed up for their trip to meet the Queen

The pair have farmed turnips since 1942, and their veg has been the official supplier to Sandringham, the Queen’s Norfolk estate, since she took the throne in 1952.

Her Majesty is said to “adore” their tasty turnips and was happy to give both a knighthood, meaning they would be known in future as Sir Bubba and Sir Billy-Bob.

However, the pair left Buckingham Palace empty-handed after refusing to leave their pitchforks at the door.

Indignant Bubba told the Suffolk Gazette: “The Queen, God bless her, was going to tap us on each shoulder with a large sword, so I didn’t think they’d mind us having our own traditional pitchforks. We’ve used them for 70 years, so there was no way we were going to leave them at the door where someone might pinch them.

“So we turned around, went back to Liverpool Street, and got the train back to Norwich.”

A Buckingham Palace spokesman confirmed: “Unfortunately two gentlemen did not receive their knighthoods at a recent investiture ceremony because they had two dangerous items with them.”