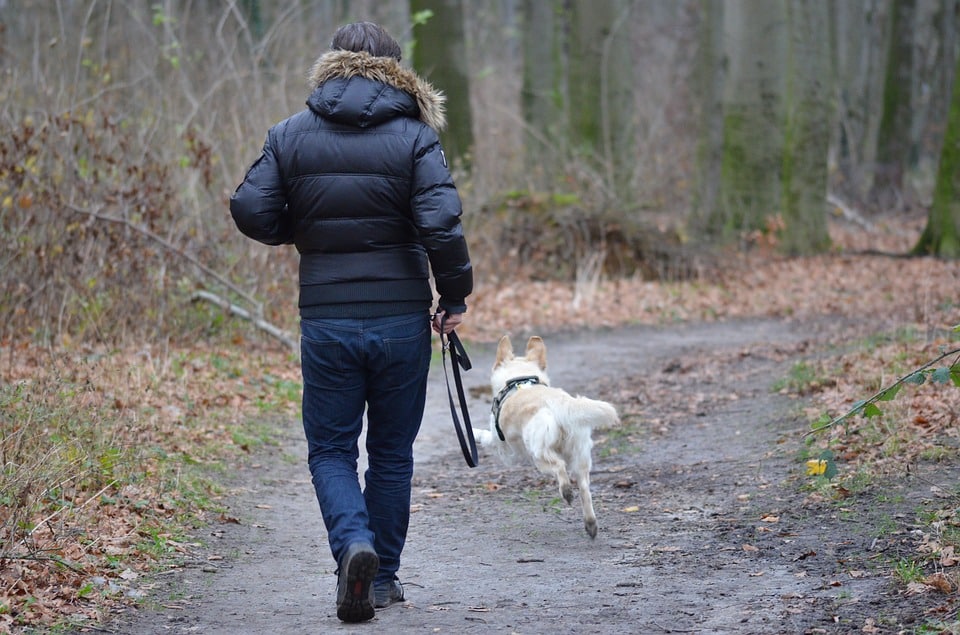 A man from Suffolk has taken his dog for a walk, it has emerged.

Clive Wilkins decided to treat his dog, Goldie to some exercise when he got back from work yesterday.

He walked along Rushmere Road in Ipswich, over Humber Doucy Lane and then let Goldie off the lead for a run around the field opposite the church.

“Goldie had a lovely walk,” Mr Wilkins confirmed. “He enjoys it around there.

“He sniffed lots of things, chased a rabbit, met another dog and must have cocked his leg a dozen times.”

Mr Wilkins explained that he sometimes took a tennis ball for Goldie to play with on a walk, but on this occasion he left it at home.

The five-year-old Golden Retriever spends most of his day asleep by the front door, hoping he is going to be taken for a walk.

He wags his tail when Mr Wilkins gets his lead out of the cupboard, and it does not stop wagging until he finishes the walk.

Mr Wilkins, who works at a law firm in Ipswich, said he intends to take Goldie for another walk today.

“It’s really no trouble when the weather is nice,” he said. “It’s not as much fun in the winter, but I wrap up warm.”

The news comes just two months after a man found some rare white dog poo while walking in Suffolk.

The Welsh walk more quickly than the English