Suffolk GazetteYou couldn\'t make it up
More
HomeNews
May 7, 2015

We sock it to the Green Party

The Suffolk Gazette today uses the most scientific forecasting yet to reveal that the Green Party will secure a landslide victory in today’s General Election.

We carefully put five socks on the floor, each coloured to represent one of the main parties in England, then let the office dog loose to select the winner of today’s crucial vote.

There was high tension as the process began, with each sock being laid out in a sequence decided by a secret sock draw to ensure fair play.

From left to right it was: yellow of the Liberal Democrats, blue for Conservatives, purple for UKIP, green for the Greens, and red for Labour. 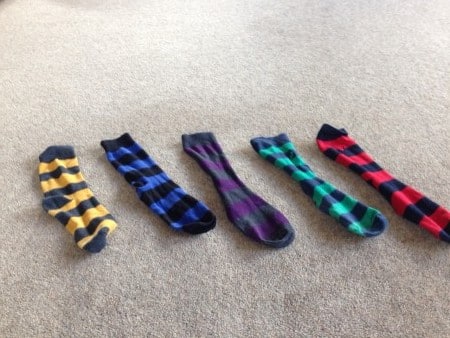 Good yarn: the Suffolk Gazette political socks
Once independent auditors were satisfied all had been placed fairly, our political animal, Addy the chocolate labrador (short for Adnams), was invited into the room to make her selection.

And first it looked like she was going to annoint Ed Miliband’s Labour Party as the new Government. 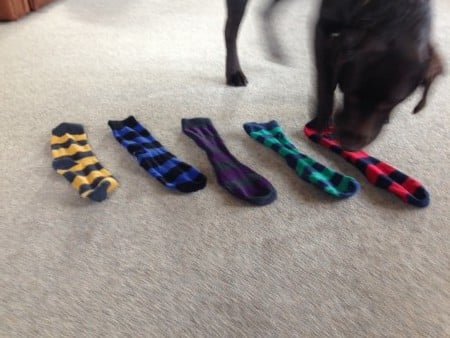 Is it Labour?
But then a last-second swing to the Greens meant an emphatic victory for Natalie Bennett’s Green Party.

Eat your greens: Addy selects the winning sock
The Suffolk Gazette sock decision will come as a shock as the nation goes to the polls today, as up to now no-one gave the Greens a chance.

A Green spokesman said: “We are grateful to the Suffolk Gazette for being the first to predict our victory.”

A spokesman for the Conservatives said: “Everyone knows dogs are colour blind. They don’t even recognise the colour green, but instead see a grey-to-blue spectrum.

“It’s quite clear, therefore, that your dog represents hard-working families and thought it was selecting the Conservative Party.”

Meanwhile, a spokesman for the Liberal Democrats said our sock poll was “pants”.

Addy was not available for comment, having run off into the kitchen with the green sock, refusing to give it back. 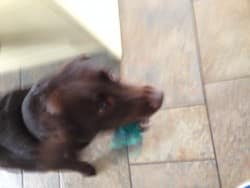 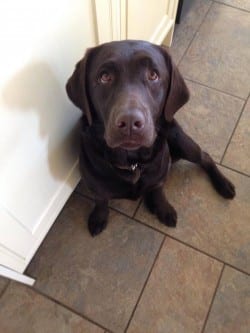 55,847FansLike
9,841FollowersFollow
May 7, 2015
Previous article
Orville gets new job as Norwich mascot
Next article
Fury as hay fever found to have nothing to do with hay