OPINION: It’s time for fans to unite behind Paul Lambert and Ipswich Town 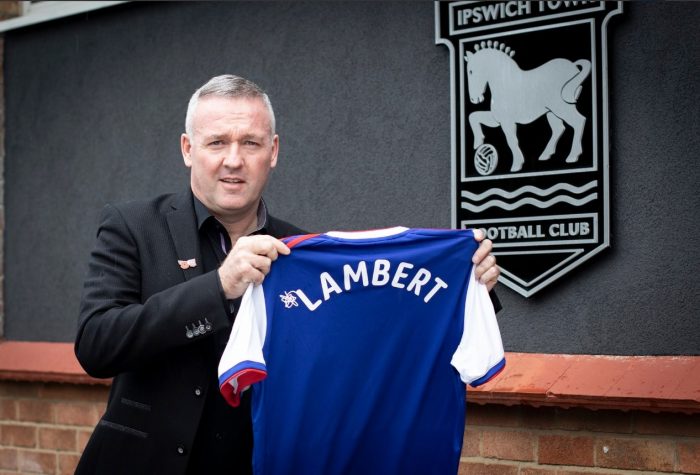 New Ipswich Town manager Paul Lambert pointed out at his refreshing first press conference today that football is nothing without the fans. Players might play with passion and loyalty, but they come and go. Supporters are behind the team for life.

Ipswich needs its fans now more than ever before. After years of mediocrity, in-fighting on the terraces, dwindling attendances, and this season’s abysmal start under the previous manager Paul Hurst, the club is bottom of the table and faces the implosive threat of relegation to the third tier for the first time since 1957.

The bookies are not normally wrong, and they currently have Ipswich priced at 1.36 favourites to be relegated from the Championship (source: My Betting Sites).

Under Lambert’s experienced guidance, and with a united, loud and passionate support from the stands, we can turn it around.

Starting with Preston at Portman Road this Saturday, anyone who cares about Ipswich should drop everything and get themselves a ticket.

If the ground is rocking, the players will know that they, the new management regime and the fans are in this together.

United, we can get out of this mess under Lambert’s experienced direction. He’s played and managed at the highest levels of the game. Who cares that he managed Norwich City (through their most successful period, at that)? It’s what he does at Ipswich that matters. 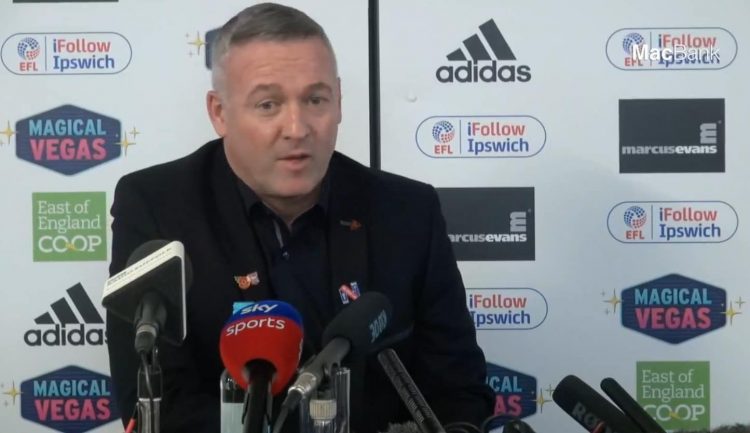 At today’s unveiling press conference, never an easy task for a new manager, Lambert came across as shrewd, determined, ambitious and selfless.

Selfless? One quote was telling when asked about confidence in the current squad. “If the players make a mistake it’s my fault,” Lambert asserted, “as I am the one telling them what to do.”

How refreshing is that philosophy compared with the alleged management style of the recently departed Mr Hurst and his deputy Chris Doig?

And to us supporters, he acknowledged: “They pay a lot of money to be in that stadium, and they need to be enjoying it.”

After the perceived negative approach of Mick McCarthy and the mystery of Hurst’s tactics, Lambert has a nailed-on philosophy that we can all get behind. “We have to play on the front foot,” he said. “I don’t like slow football.”

The time for argument amongst the fanbase must end here. No more derision of the “numbskulls” for apparently forcing McCarthy out. No more hounding of owner Marcus Evans and MD Ian Milne for the way the club is run. No more harking back to what we were like nearly 30 years ago. No more debate about whether relegation would actually be that bad.

It’s now that matters. Buy the tickets, attend Portman Road and support the team as one.

Together, with the players and Paul Lambert, we can get out of this mess.

Get your tickets for Saturday now. Let’s make Portman Road a fortress. Let’s unite behind Paul Lambert and our team.