Dartford Crossing to be free, but new charges for Orwell Bridge 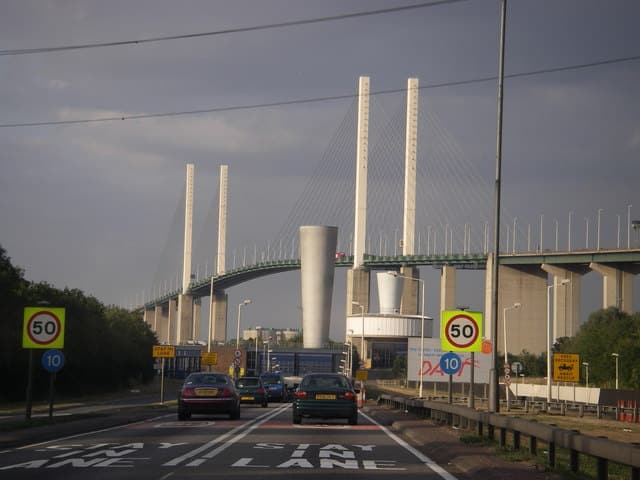 Transport chiefs are planning to make the M25 Dartford Crossing FREE at last – but CHARGE drivers to use the Orwell Bridge in Suffolk instead.

The controversial plans will delight those who are fed up with paying to use the Dartford bridge or tunnel each time they cross the River Thames.

But the radical suggestion to introduce tolls on the Orwell Bridge will be met with storms of protest in Suffolk.

It has been free to cross the River Orwell since the bridge opened in 1982, and the route is busy with lorries heading to and from Felixstowe Port.

Residents in Ipswich fear the new toll – which could be as high as £2.50 each way for cars, £4 for tractors and £6 for lorries – will drive much of the traffic off the A14 and through the town itself, causing gridlock.

Tolls for the Dartford Crossing were introduced when the first tunnel opened in 1963, and the charges were meant to be dropped once the tunnel was paid for.

However, an extra tunnel and then plans for what is now the Queen Elizabeth II Bridge meant the charges never stopped, much to the angst of drivers.

The Department of Transport now believes users of the M25 Dartford Crossing have paid enough over the years, and it is only fair to make the revenue elsewhere.

Several new tolling areas were considered, but the Orwell Bridge is now number one on ministers’ list of targets.

They are now adding the finishing touches for a presentation to Cabinet next month.

Insiders say they will almost certainly not build toll booths on either side of the bridge, but instead erect number plate recognition cameras. 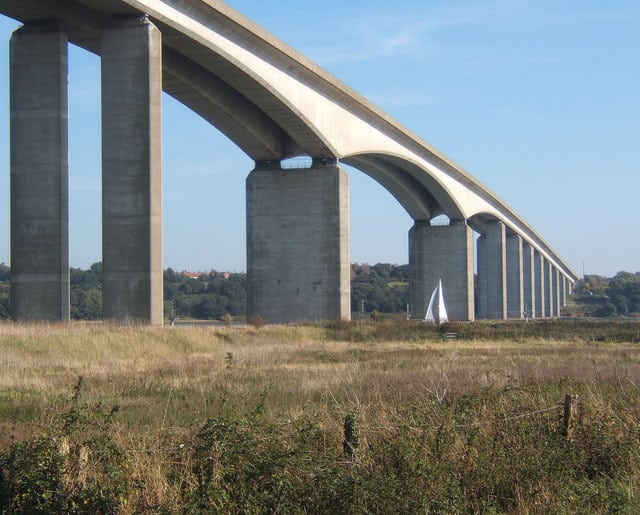 Motorists then have to ensure they go online to pay the relevant charge within 48 hours.

Similar to the online system currently used at Dartford, drivers can create an account and pay in bulk for multiple crossings.

Suffolk residents will likely be furious about the scheme, particularly as it seems they will not get any discount despite using the Orwell Bridge more often.

If the cabinet gives the go-ahead, it is likely the new charges will be applied midway through 2018.

Tractor drivers use Orwell Bridge just to annoy you