Norfolk mother-of-ten Edna Spratt has announced her intention to stand for the leadership of the Labour Party.

Speaking from her Dereham hovel, Ms Spratt, 44, claimed she was best placed to fight new Tory Prime Minister Theresa May – and to one day grab the keys to Downing Street.

Ms Spratt, who lives with her brother and their ten children, said her humble upbringing as a Norfolk peasant makes her an ideal candidate on the world stage alongside other superwomen like Hillary Clinton, Angela Merkel and Mary Berry.

And she insists her conviction for stealing a chutney recipe should not stand against her, but rather illustrates she is “just a normal person trying to get by”.

She told the Suffolk Gazette: “I have been a member of the Labour Party all my working life. At least I would have been had I ever worked or indeed paid my subscription.

“But it is time for a strong woman to take control. If scruffy old Jeremy Corbyn can do it, then I certainly can.” 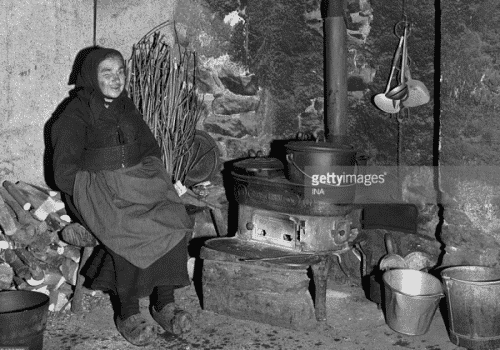 Ms Spratt, who has never been to London before, intends to borrow a horse and cart to take her to the Big City so she can launch her Leadership election campaign.

Top of her policy list is a big increase in the aid budget for the Third World so that Norfolk can be connected to the national electricity grid.