A group of Suffolk schoolchildren won a prize to see the launch of the much-anticipated new Apple computer in London yesterday.

They were amazed to see the new device had no wires, could be dropped without shattering, and will NEVER need charging.

“It wouldn’t matter if there was a power cut. I can’t understand it! Trust Apple to invent something so clever,” said Lorraine Fisher, 34, a teacher at Stowmarket Middle School.

“We kept looking to see where the wires went but there aren’t any! And it actually prints as you type without having a separate printer to keep going wrong.”

The computer is called The Remington and is expected to take the market by storm with its £20 price tag. 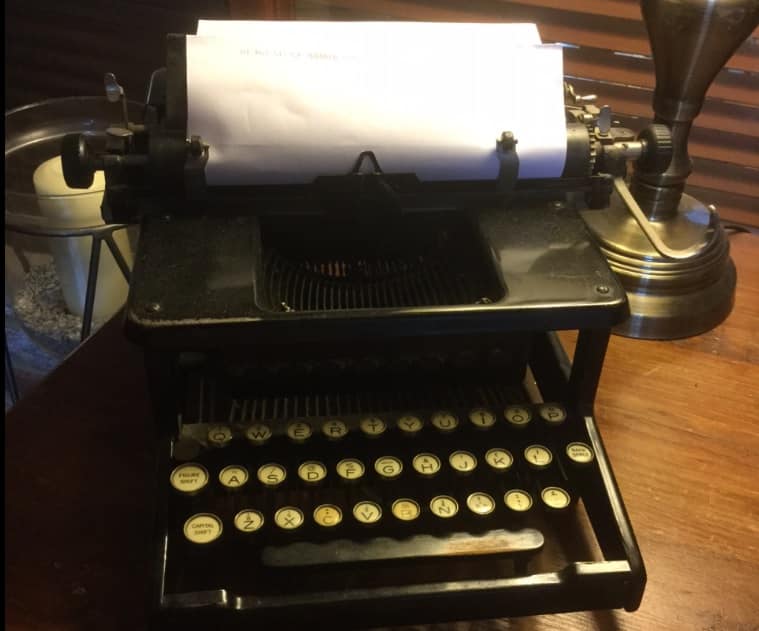 Keys to success: Apple’s new computer will revolutionise the way we work
Student, Holly Brain, said: “We were flabbergasted when we touched a key and it appeared on the paper straight away. I broke my nail because the keys were harder to press than the ones on my iPad, and there was no search facility.

“But the fact that I would never have to fight my brother to use the charger is a big bonus. You can type out your homework and give it straight to the teacher without worrying whether the printer is working.”

The revolutionary Remington will make ink cartridges obsolete. Instead the ink is magically held into a little ribbon which is inserted into the computer for instant printing. It is completely mechanical, taking away the need for wires or batteries.

An Apple spokesman said: “We were delighted at the response of the children to the launch of The Remington. Once again we have shown how innovative our designers are with this climate-friendly device.”

He admitted The Remington might be a little noisier than other computers on the market, but stressed this simply “added to its charm”.