Suffolk GazetteYou couldn\'t make it up
More
HomeNews
May 17, 2017 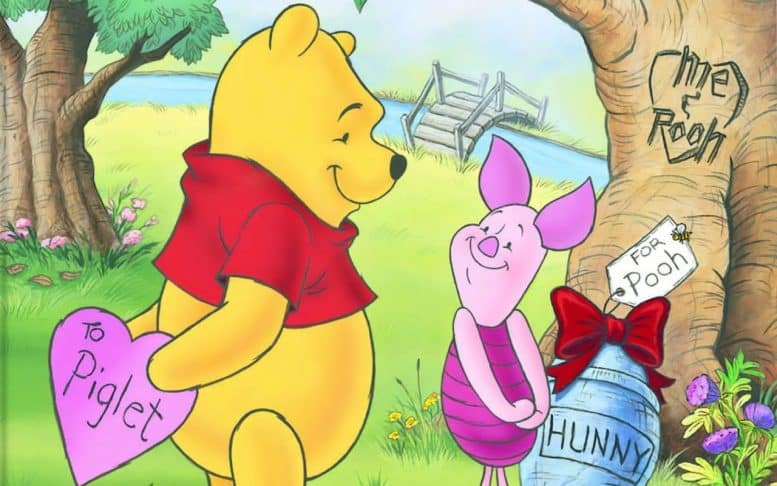 Children’s favourite Winnie the Pooh has been banned by the BBC because he parades naked in front of young boys.

Honey-loving Pooh famously wears a tight red t-shirt – but insists on letting it all hang out below.

BBC bosses are concerned Pooh’s “close friendship” with young Christopher Robin is inappropriate while he bares his bear bits in public all day.

A spokesman for the BBC said: “There’s no point making him wear a token red shirt if he is not pressed to wear underpants, let alone a pair of trousers or shorts.

“What message is it sending to our young viewers: It’s okay to go walking into the woods with a bloke wearing no pants?”

Lorraine Fisher, 34, from Bury St Edmunds in Suffolk fumed: “I won’t let my son watch Winnie the Pooh. The bear is an exhibitionist with a desire to befriend a small boy.

“He even tries to get up close and personal with farmyard animals, including a piglet and a donkey. It’s disgusting.”

Winnie the Pooh creator A A Milne was unavailable for comment last night.

But a BBC executive said: “We couldn’t have an adult wandering around in the woods, naked except for an ill-fitting t-shirt.

“Especially as he has made best friends with a little boy.

“He claims he is just a friendly bear – but it could be a honey trap, and we’re not prepared to take that risk.”

55,370FansLike
9,935FollowersFollow
May 17, 2017
Previous article
I wanted to lose 25 pounds in weight, and I only have 30 to go
Next article
Office worker doesn’t care what his colleague is up to this weekend