My music is not contagious at all, insists Van Morrison

The centuries-old tradition of village idiots will see a massive revival after Britain finally leaves the EU, the Government has confirmed.

For decades village idiot numbers have dwindled after EU meddling made much of their role illegal.

But now Theresa May and her Brexit team have confirmed the EU has bowed to pressure and taken village idiot laws off the negotiation table.

Once a favourite of every village in East Anglia, particularly in Suffolk and Norfolk, village idiots entertained locals and visitors alike.

However, in 1981 the EU banned sitting on garden walls on health and safety grounds, which greatly reduced the village idiot habitat.

Then EU bureaucrats banned the practice of straw sucking, insisting individuals could be damaged by chemicals.

The final straw came in 1987 when liberal-minded EU laws made it illegal to throw fruit at the local village idiot.

Numbers have fallen ever since, and now they can only be seen in around a dozen villages in Suffolk, including Peasenhall, Laxfield and Kersey.

However, with those draconian rules relaxed once Brexit is enforced, becoming a village idiot will be an attractive proposition once more.

What a Twerp: idiot Larry
Village idiot Larry Twerp, pictured above, who was recently fined for sitting on a garden wall, welcomed the news.

He said: “I feel very keenly that the idiot is a part of the old village system and as such has a vital role to play in he modern rural society.

“Because there is a very real need for someone who really anyone can look down upon and ridicule.

“And this is the role that I and members of my family have performed in this village for 400 years.

“The idiot really does provide a vital psycho-social service for this community.”

They also attract tourists, keen to spot a village idiot in action, especially since they have become so rare.

However, second-home owners from Liberal areas of London not only voted against Brexit, they also hate village idiots.

Lorraine Fisher, 34, who took Larry Twerp to court for sitting repeatedly on her garden wall in Little Brimmer, said: “At first they’re quite endearing.

“But you soon tire of their oohing and aaring. And they smell.

“There will suddenly be hundreds of them after Brexit. Theresa May should never have allowed it.” 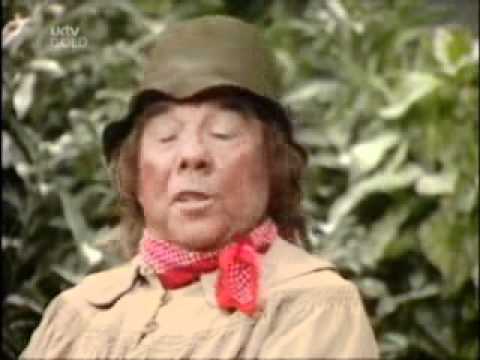 He said: “Falling off walls and behaving in silly ways takes years of practice. It’s not for everybody, but we can make a village idiot of you yet.”

The relaxation of anti-village idiot laws makes it unlikely that Aldeburgh, the posh Suffolk seaside town, will continue hiring its own village idiot because others will arrive naturally.