China discovers Dark Side of the Moon 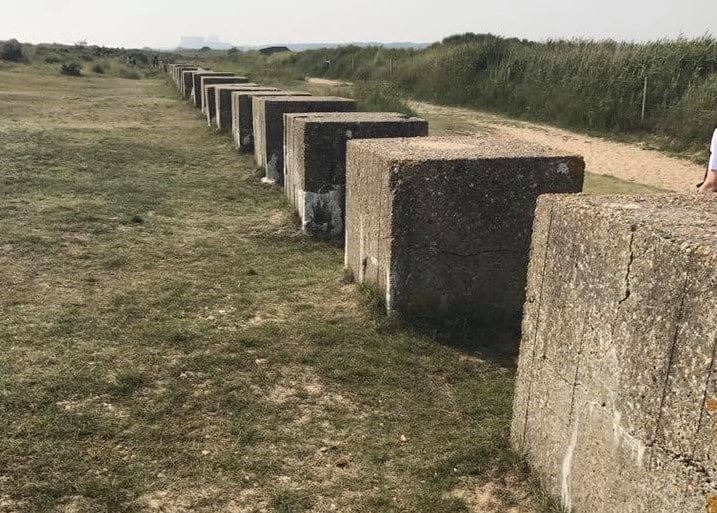 World War Two-style tank traps are to be Britain’s main defence against enemy invasion for the next century, it has been confirmed.

Secretary of State for Defence Michael Fallon has revealed the simple concrete blocks are the most cost-effective deterrent in times of austerity.

The traps are being placed randomly along parts of East Anglia’s coastline in a show of strength that will make Putin and his Russian forces think twice before launching an attack.

A defence insider said: “We haven’t got any budget to speak of, so these concrete blocks seem like a good idea.

“They only cost a few quid each and a fork lift truck to put them in place.

“Our top-level strategic review revealed our most likely threat comes from the East – so it makes sense to place some concrete blocks along parts of the East Anglian coastline.

“These will be a brilliant way of stopping the Russians should they think about launching an invasion using tanks from the sea.

“Once the might of the Russian army comes ashore they will be dumfounded by our concrete blocks.

“They’ll have to get back on their ships and go home again.”

Asked what would happen if the Russians decided to launch an attack from the air, or simply launched an assault further up the coast, the insider was unable to answer.

Suffolk residents fear the blocks may not be an effective deterrent after all.

“They’re a bit Dad’s Army, aren’t they?” one beach walker near Sizewell said yesterday as he sat on a block enjoying his lunch.

A spokesman for the Ministry of Defence would not be drawn on the subject.

“This is a top secret operation and we do not discuss sensitive information like this.

“All I can do is reassure the public that these tank traps are effective – the Germans never invaded successfully in World War Two, did they.”