A Suffolk pensioner has been revealed as the first British owner of a driverless car… from as far back as 2000.

Cyril Sidebottom, of Stowmarket, bought the swish red Nissan Micra for his wife Cynthia on Valentine’s Day that year, in the hope that he could give up running her to Slimming World, Weight Watchers and Greggs the bakers.

“I knew she didn’t like driving and I most certainly didn’t like being her passenger, but I thought after moving house to the middle of nowhere that she would go on her own to buy iced fingers and sausage rolls.

“But even that couldn’t lure her out. One day she went out for some emergency Senokot and she was a nightmare at a roundabout, where she would sit jabbing the brake and the accelerator for half an hour before pulling out in the wrong lane while other drivers honked in fury or pissed themselves laughing.

“Her 33-point turns were something to behold. She was afraid of turning right anywhere so we just drove round in circles.” 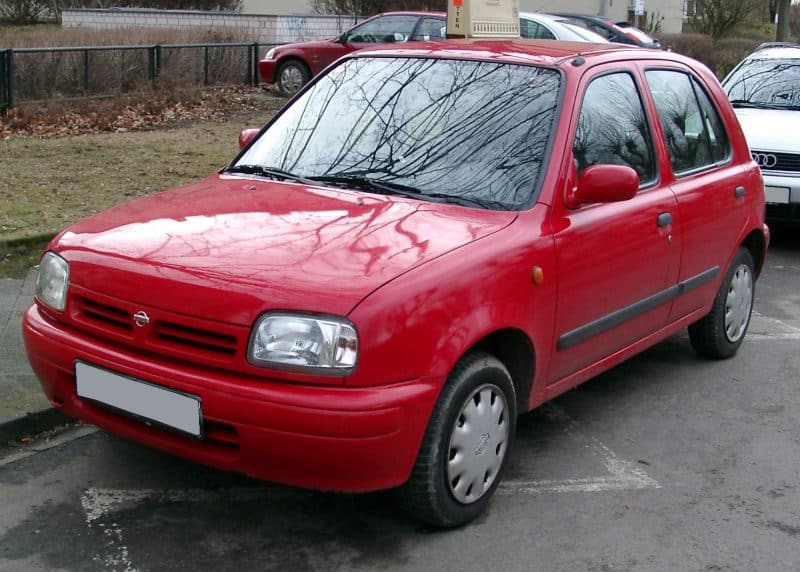 Cynthia, 68, told the Suffolk Gazette: “I once drove to the Co-Op for some teabags but it was nerve-wracking, even with Terry Wogan on the radio. I went to a drive-in McDonalds. Well it wasn’t a drive-in until I reversed through the plate-glass window.”

Cyril, aged 70, said: “She couldn’t get to grips with the gears, even though I had got her the automatic. Since March 2000 it has actually been a driverless car. It has just sat on the pavement collecting moss and going rusty.

“The last MOT failed because the tyres had rotted on the drive. The Micra is 16 years old and has eleven miles on the clock and a Moby tape wedged in the cassette player.”

The Sidebottoms now have their name down for one of the new-fangled robotic driverless cars. “I just hope it can reverse park itself without smacking into a bollard,” said Cyril.