Suffolk man had sex with 450 tractors

A Suffolk man with a bizarre sexual attraction to tractors has been banned from the countryside and forced to sign the sex offenders register.

Ralph Bishop, 53, was found by police with his trousers around his ankles “interfering” with a tractor parked in a field outside Saxmundham.

He was arrested on suspicion of outraging public decency and admitted to having had sex with around 450 tractors all over the Suffolk countryside.

When officers searched his terraced home they found a collection of more than 5,000 tractor images on his laptop.

The photos showed Bishop had a special desire for John Deere and Massey Ferguson tractors, particularly green ones. 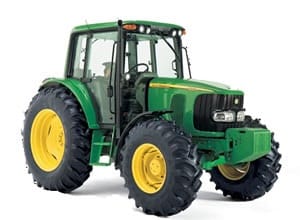 A police insider said: “We couldn’t believe it when we found him in the field. He was wearing a white t-shirt and Wellington boots and very little else. He was clearly in a state of high excitement at the rear of the machine.

“Thankfully nobody else was around, but the field is close to a village primary school so we had to arrest him and educate him about the error of his ways.

“He told us he was particularly ‘into’ axle grease and the presence of this around the back of tractors was all too much for him.”

Bishop, twice divorced, was released without charge on condition he sought psychological help. He was put on the sex offenders register.

“He is also banned from the countryside and is now forbidden to go within one mile of a farm,” the police insider added. “So he has to live and remain in the middle of Ipswich to comply with that.

“However, we are watching him because we are worried about the safety of several street-cleaning machines.”

Another source, WPC Lorraine Fisher, 34, added: “He’ll also need to keep away from the town’s gardens – if he takes a fancy to a lawnmower he might find he loses more than just his liberty.”

EDITOR’S NOTE: Three months later, things had not improved for Mr Bishop, who was caught out trying to get a job at an agriculture college, where he wanted to give the farm machinery a vigorous scrub down.