Everyone thinks they are a chess expert all of a sudden

Ipswich midfielders are pain in the neck

Ipswich midfielders are being given muscle-strengthening exercises for their necks because they spend 90 minutes each game watching the ball sail over their heads.

Cole Skuse and Jonathan Douglas complained to boss Mick McCarthy that the floundering team’s long-ball style was giving them a sore neck.

He has now given the duo special exercises so they will be able to watch the balls fly over their heads from defence to attack in more comfort. 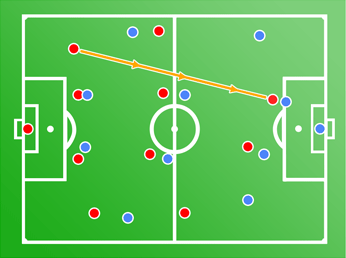 Route 1: Long balls are a pain in the neck

A club insider said: “Arnold Muhren, one of the finest midfielders to ever pull on an Ipswich shirt, was famously dismayed when the ball kept flying over his head on his debut for the club.

“But Bobby Robson soon got the team playing brilliant football on the ground – with rather good results.

“However, this current Mick McCarthy Ipswich team is struggling to do that, and supporters are getting a little restless about seeing the ball hoofed in the air from one end of the pitch to another. The less-than-thrilling 0-0 draw at home to lowly Huddersfield summed up our recent fortunes.

“But those fans have no idea about the problem this long-ball habit is causing the midfield. Cole and Jonathan both have a cricked neck from staring skywards for so long.

“These exercises are adapted to strengthen their neck muscles accordingly.”