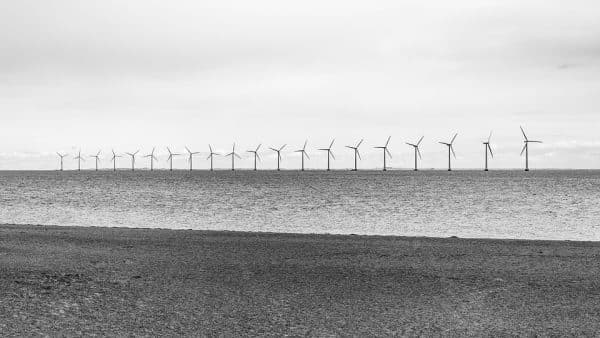 A huge wind farm off the posh Suffolk coast is actually a series of massive fans designed to keep out bad smells from Essex, a whistleblower has revealed.

For years everyone assumed the Greater Gabbard, 14 miles off Suffolk, was generating “green” electricity through its 140 turbines.

But the Suffolk Gazette can reveal the white eyesores are actually special fans designed to keep the air fresh at upmarket seaside towns like Aldeburgh and Southwold.

For many years wealthy residents had turned their noses up at the terrible smells coming from down the coast in the common county known as Essex.

They had to ensure odours from greasy burgers, pizzas, kebabs, tanning solutions and cheap perfumes that plume out of lower-class towns like Clacton or Southend and drift up to Suffolk on the prevailing winds.

Now a whistleblower has decided to reveal the truth via the Suffolk Gazette because he has moved to Essex and quite likes it there.

He said: “About 20 years ago a secret group of wealthy Aldeburgh and Southwold residents, many of them second home owners from London, came up with this plan to keep the stifling Essex fumes away.

“They had enough of sitting on the beach at Aldeburgh trying to listen to open-air Benjamin Britten opera performances while the smell of stale Essex kebabs and chips hung in the air.

“And rich yachting types joined in as well, because the Essex smells were stronger out at sea.

“They all chipped in to build the Great Gabbard and fool everyone that the project was, in fact, just a wind farm. It was very expensive, but these sorts of people can afford it.

“The technology works well, and since completion in 2012 Aldeburgh in particular has been beautifully fragrant.

“But since moving to Essex I can reveal people there have been noticing the smells are worse ‘as if the wind ain’t getting rid of it’.

“People deserve to be told the truth.”

Jeremy Farquar-Smythe-Pisslethwaite, 62, a retired City banker who now lives close to the Aldeburgh seafront said: “We don’t really care what those common people in Essex think.

“We pay a premium to live in a nice part of the country and don’t see why we should breathe in their filth.”

Southwold to be twinned with Clacton shocker