A hapless elderly man spent seven hours stuck up a tree before being rescued by firemen.

The sprightly 83-year-old became wedged between two branches after clambering 25 feet up a pine tree in Ipswich while trying to retrieve a kite.

But because he was suffering from a cold, nobody in Christchurch Park heard his cries for help – and he was only spotted by a passing dog walker looking at squirrels.

She called the fire brigade, who sent an engine with a turntable ladder to the park to rescue the man, who has asked not to be named. 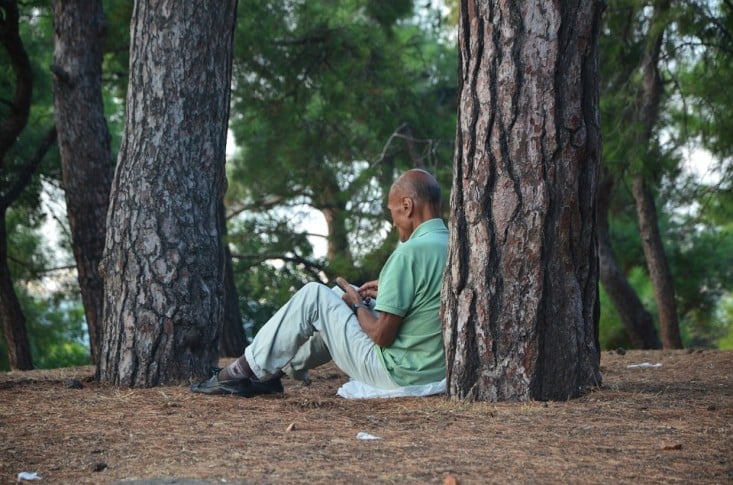 The pensioner told firemen he had been enjoying his daily constitutional walk around the park when he spotted the kite stuck up a tree.

“The kite had clearly been abandoned,” one of the fire crew told the Suffolk Gazette, “and he decided to get it down and give it to his great-grandson as a present.

“Unfortunately he discovered that while getting up was quite easy, even for a man of his age, getting down again was another thing entirely.

“He said he was there for seven hours before a lady with a dog spotted him at 4pm. He had begun to wonder if he would be there all night.”

The man, who lives near the park, was shaken but otherwise unhurt after his ordeal and borrowed one of the firemen’s mobile phones to call his relieved wife to tell her he was okay.

And he promised everyone he would not go tree climbing again.

Make someone smile with a topical mug from the Suffolk Gazette’s official potty pottery partner.

15 year old Karate kicked a pensioner into the river