Upset house spiders have complained to press watchdogs after the media whipped up a deadly hate campaign against them.

Every newspaper and TV news station has reported about millions of huge spiders invading houses – and given advice about how to keep them out.

They have also been terrifying everyone with claims that the venomous false widow spider is on the march across Britain.

A perfect storm of summer weather conditions and abundance of food has increased the number of spiders harmlessly hanging about minding their own business.

But that has been seized upon by evil press barons looking to make money out of their readers’ fears.

Last night Boris, a friendly spider in Suffolk who represents the nation’s arachnid population, said: “Alwight, guv’nor. We’re ‘armless. No really, we have eight legs and no arms.

“Thanks to the press everyone now wants to kill us. We’re in a right two and eight,” complained Boris, 3, who moved from London’s East End to Suffolk because he’d heard people were nicer there.

“All we want to do is find a mate at this time of year, so we wander about a bit looking for ’em. Now we have to watch out for humans dropping books on us, or desperately yelling at their dogs or cats to eat us.” 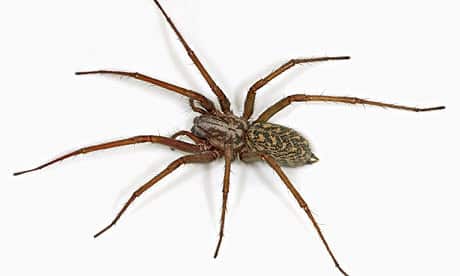 Boris has now scribbled a letter in his spidery handwriting to the Independent Press Standards Organisation, claiming journalists are preying on readers’ irrational fears.

“Reporters are spinning a web of lies about us,” said Boris, who has 743 children.

Another spider, Jim, from Bury St Edmunds, added: “Don’t believe everything you read in the papers – for example, we actually love playing conkers, so leaving a chestnut in the corner of your room isn’t going to scare us off.”

A spokesman for IPSO said they would review Boris’ complaint.

An insider at Entomologist Concern said: “Spiders are friendly little creatures just going about their business. There really is no need to be so nasty to them.”

Wilko stocks gifts for your most hated friends