Suffolk GazetteYou couldn\'t make it up
More
HomeNews
May 27, 2016

The worst-kept secret in British football was finally confirmed today when Louis van Gaal was revealed as the new Norwich City manager.

Norwich owner Delia Smith had been chasing the Dutchman for months, desperate for his charm and charisma to boost flagging spirits at the relegated club.

Canaries fans were overjoyed at the appointment in Norfolk. Bubba Spuckler, who has season tickets at Carrow Road with his sister and their eight children, said: “That Alex Neil was a rum old dew when he was hare. Thaas gud noos about Louis Van Hire, hentut?” 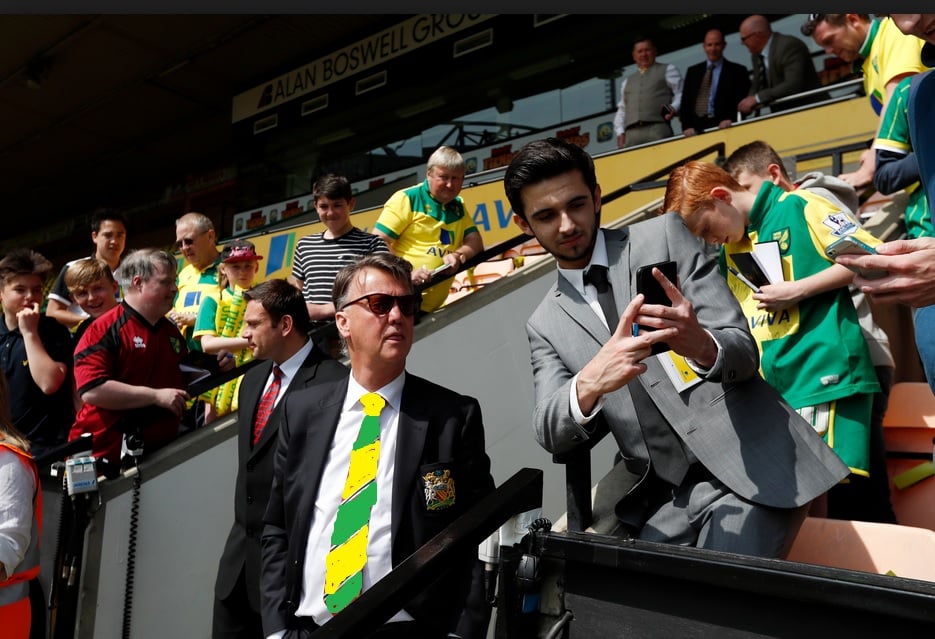 Fans are excited that Van Gaal won the FA Cup for Manchester United just weeks ago, and hope his exciting brand of free-flowing football will help Norwich win promotion back to the Premiership at the first attempt.

Van Gaal was unveiled at a press conference this morning, and excited Norwich fans were able to take photos with their new hero in the pitch-side dug-out.

A club insider said: “This is a brilliant appointment. If we can get as many draws as United did this season, then at least we won’t be losing.”