Man jailed for cheating on his wife with pony 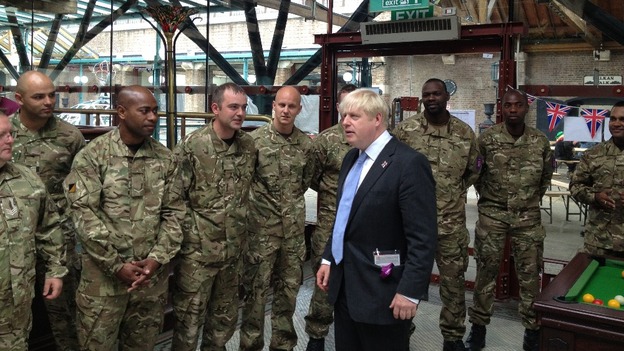 There was widespread fury today after a far-right activist released a video of himself posing with a group of grinning soldiers.

The army is investigating the circumstances behind the meeting at a motorway service station.

The video shows a smug Mr Johnson saying: “A moment like this makes it all worthwhile. Today I met real British heroes.”

But army spokeswoman Lorraine Fisher, 34, said: “There is no place for this far-right ideology in the British Armed Forces.

“The Armed Forces have robust measures in place to ensure those exhibiting extremist views are neither tolerated nor permitted to serve.”

The news comes just hours after former EDL leader Tommy Robinson was pictured with some soldiers.

A spokesman for Mr Johnson said: “The soldiers really liked me, what’s all the fuss about?

Mr Johnson has been widely condemned for his far-right anti-European views and attempts to lead a brutal revolution in Britain.