How to stay safe while cycling in the city

Norfolk men are the shortest in the country, measuring an average of just five foot six inches, new research reveals.

The journal eLife tracked height changes in 187 countries across the world since 1914, and found Dutch men were tallest at six feet on average – while Latvian women were a striking five feet seven.

But while the British media picked up the fact our male population was five feet ten, it missed the finer details of the report highlighting stark contrasts within the UK itself.

The stunted folk from up the A140 are believed to have evolved differently to help them navigate the bogs of Norfolk.

A study author told the Suffolk Gazette: “There is also evidence to suggest remaining small makes them less of a target for predators.

“A low centre of gravity means they can navigate their bog lands and stay safe. The women are very wide, owing to the local diet of dumplings.” 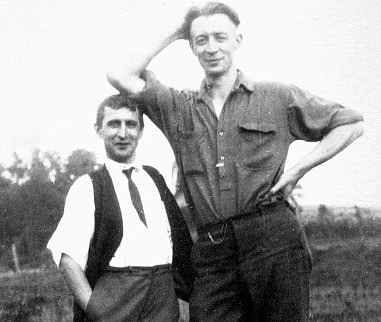 A Norfolk man, left, meets a larger neighbour from Suffolk

Locals have been innovative in coping with the issue, including putting cushions on their car seats and bulk-buying children’s clothes.

Meanwhile men in Suffolk were found to be an average of six feet one inches.

42,333FansLike
6,447FollowersFollow
July 26, 2016
Previous article
I plumbed depths of bad taste with my outside toilet
Next article
You can’t slurry love