I plumbed depths of bad taste with my outside toilet

I was swigging a bottle of vodka in the bath the other night while contemplating my herbaceous border.

As I got out, I dropped the bottle down the toilet with a loud crash, leaving a crack in the bowl.

We had to get Suffolk’s famous plumbing firm Rufus Leaking (only £499 callout charge. Motto: No Job Too Small, No Meal Too Big).

They sent me young Kev, the apprentice, with his instruction booklet and The Daily Star, both of which he could only understand by looking at the pictures.

He whipped out the broken receptacle while eating five packets of Hobnobs. While his ballcock was out on my lawn he advised me that many avant-garde (he used the term “bonkers”) gardeners often used their old toilets as planters.

Well, no sooner said than done. He took time off from the hard work to organise this poncey photo-shoot, chortling to himself that a sweet pea was an ideal choice for my outside toilet, or a “red-hot chilli flush” and he even put a log in the lav for added comedy effect. 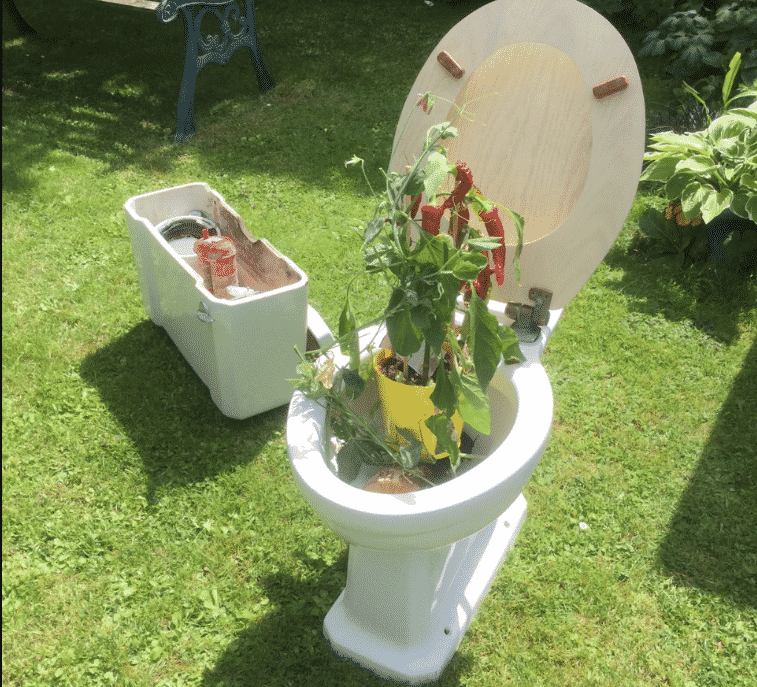 Outside toilet: perfect for sweet peas and logs

How fetching it looks, and very handy if you are caught short while mowing the lawn. Other plants suitable for a toilet are wee-steria, pee-tunias and any kind of bog plant.

With this hot spell, you may be enjoying the odd crate of Aspall Cyder and some Asda chicken wings al fresco.

If you see a huge insect and hear it zooming as it whizzes towards you, it is a Cockchafer, otherwise known as a Billy Witch or Doodlebug.

They were almost eradicated but with less use of pesticide, the Cockchafer is back with a bang. It may come as no surprise to you that Cockchafers are more active in the evenings and can come down chimneys or through open windows. I can’t imagine anything more alarming than a huge cockchafer poking in through the bedroom curtains.

But don’t be too alarmed. They may look like hornets though they don’t sting. But don’t get one tangled in your hair. Be particularly vigilant if you have a penchant for nude sunbathing.

I thought I was going to have to warn you about another pest In My Lady Garden this week. Huge black spots appeared on my hellebores and giant primulas. I investigated my gardening books but then remembered my old man had painted the fence black during his second bottle of Rioja. 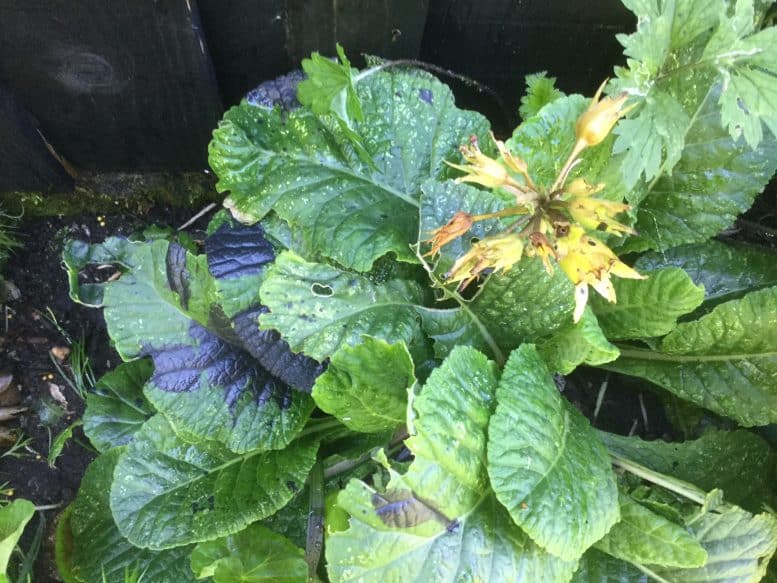 You may have forgotten how annoying children are but with the school holidays now upon us you will soon remember.

Why not make use of them by letting them play with the watering can or paying them a penny for every ten weeds they pull up while you settle down playing games on their iPads?

Meanwhile, my brother-in-law gave me a Brazilian. It’s a climbing fuchsia called Lady Boothby. Which reminds me, if you have a Bearded Iris, this is the time to divide it so it can form new roots.

* Get some tomato feed and give your plants a good old dose to encourage flowering and plump fruits.
* Spray your hollyhocks with a fungicide if they show leaf rust.
* Plant second cropping potatoes so you have some ready for Christmas in case Aunt Bessie goes on strike.

And now for your problems

* Mr Nobbs of Needham: If the veins have taken on a purple hue, you can bet it’s Clematis Wilt. You need a systemic spray.
* Mr P. F. From Stowupland: I am a gardener not a dentist but I do know that a tiny dab of clove oil on a cotton bud can help with the pain. Or try seven pints of Adnams.
* Jenny from Finborough: Yes, you can eat the nasturtium leaves. In olden days they were used to treat scurvy. But you can also prevent this by putting plenty of lime in your gin and tonic.