Ipswich Town fans have denied they took offence to manager Mick McCarthy telling them to f*ck off.

The supporters were forced to issue an apology in the Suffolk Gazette, re-affirming that while they got caught up in the heat of the moment at the weekend Norwich derby, they were not upset with Big Mick at all.

The Town boss was caught on television seemingly shouting “fuck off” to the Ipswich fans who had earlier booed his negative substitutions. 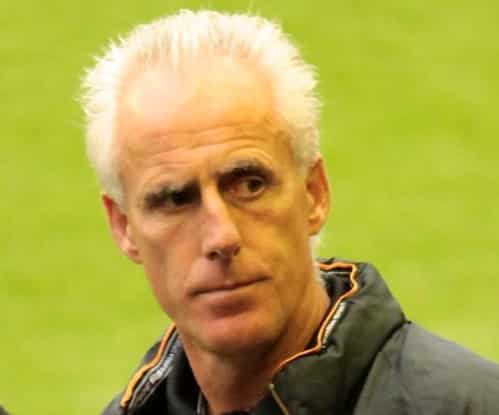 Social media soon lit up with claims that Ipswich fans were “very upset about this”.

But now they have denied being offended.

“We were just caught up in the heat of the after-match reaction,” said supporter Lorraine Fisher, 34.

“We were just venting our frustration after Norwich equalised with just seven seconds remaining on the clock, thereby extending our nine-year wait for a win against them.

“If anyone was offended by us being offended at Mick McCarthy, then of course we apologise.”

The news comes as many Mick McCarthy backers are hoping the supporters get the sack for not being good at supporting.