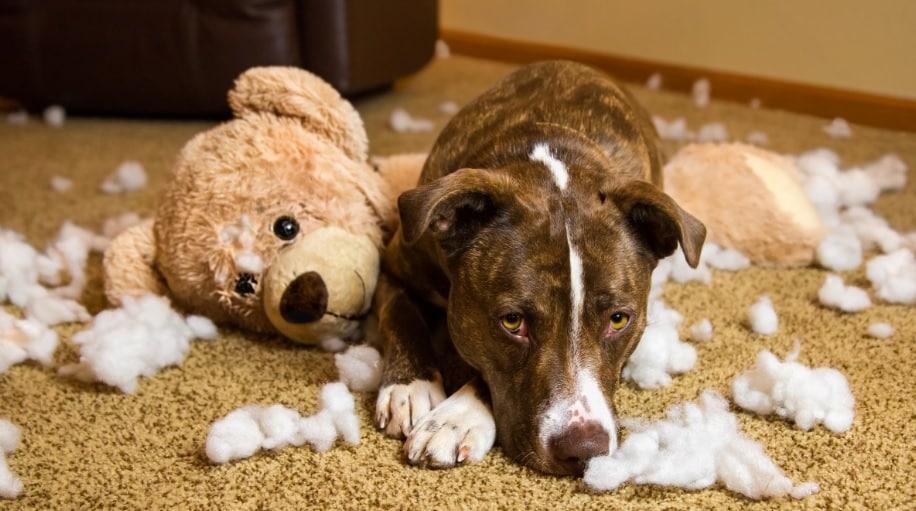 Jeremy Corbyn’s dog has admitted she was present when a cute teddy bear was torn to shreds, but didn’t think she was actually involved.

Bull terrier Lola was filmed clearly present at the scene of the carnage.

But despite posing for pictures next to the little cuddly bear’s decapitated head, she insisted that she had not been involved.

Master Mr Corbyn accepted this explanation and said any suggestion otherwise was simply a smear campaign by his cat.

Five-year-old Lola, he insisted, had spent a lifetime enjoying the company of cuddly toys and promoting harmony in the home.

The Labour Party leader has some sympathy for Lola, since he himself was photographed at a wreath-laying service for Palestinian terrorists, allegedly including individuals behind the Israeli Olympic team attack, which left 11 Israelis dead.

As the row blew up, including condemnation from Israel Prime Minister Benjamin Netanyahu, Mr Corbyn said: “I was present at that wreath-laying, I don’t think I was actually involved in it.”

Meanwhile Lola, surrounded by teddy bear stuffing and clear evidence that the toy had been ripped apart by a four-legged animal, like a dog, was sticking by her guns.

Political analyst Lorraine Fisher, 34, said it had been a tough week for Lola.

“This is absolutely a smear campaign by the cat. The cat has been having a rough time of it after being caught shitting on Mr Corbyn’s kitchen floor.

“So, it’s a bit of a coincidence this bear story should emerge now.”