How to choose meeting software for management teams

Police have scrapped their trial of using Segways for town centre patrols after an officer veered out of control and crashed into Debenhams.

But while they could get from A to B faster, particularly through the town’s huge pedestrianised zones, some beat officers could not get used to driving a Segway – and top brass began to fear for public safety. 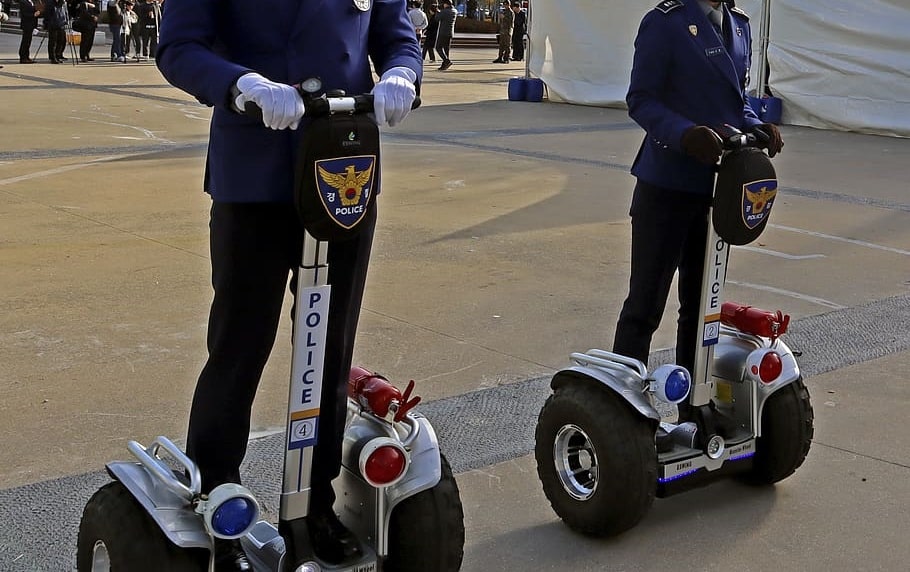 The Suffolk Police Segways will be retired after accidents
Three people had been knocked over by police Segways in just three weeks, but the final straw came on Saturday when a constable was chasing an alleged shoplifter down Tavern Street.

“He was closing in on the suspect,” police spokesperson Sgt Lorraine Fisher, 34, explained, “but then he had to swerve suddenly to avoid an elderly lady on a mobility scooter.

“Sadly, this caused the officer to lose control, and he veered left and went straight through the Debenhams shop window. Luckily he was unhurt, although he was highly embarrassed.

“The Segways have now been retired, and are clearly not the future of policing that we had hoped for.”

The Segways, which had a little flashing blue light and a high-pitched siren, had been loaned to police by a local business, and are now being returned.