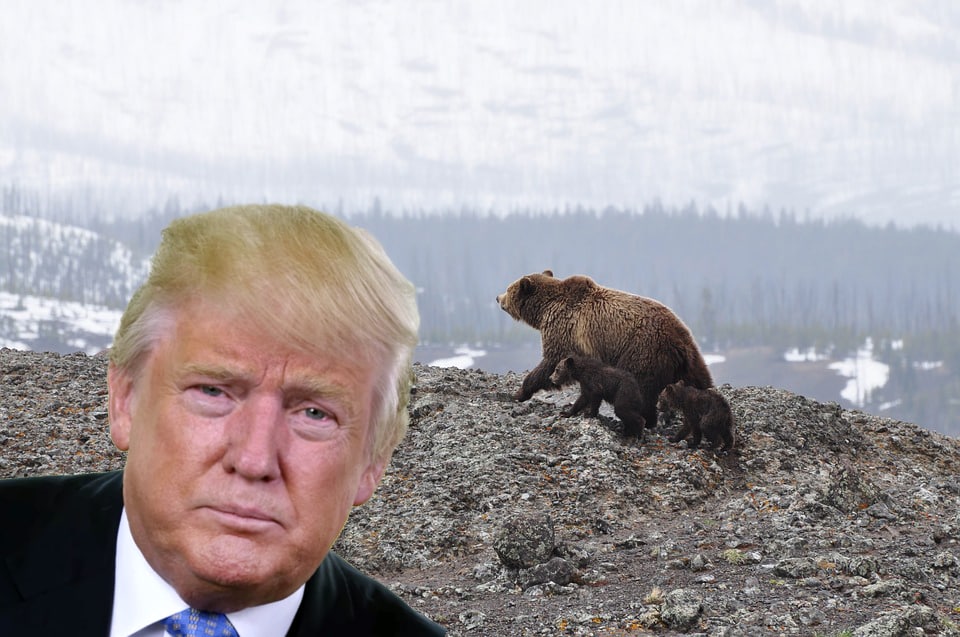 Donald Trump is poised to sell Alaska back to the Russians in order to fund his Mexican wall, it has emerged.

The US President sees Alaska as surplus to requirements now that America has plundered most of its natural resources.

And with the White House locked in a Mexican standoff over who will pay for the massive wall across its southern border, the sale proceeds will come in handy.

America bought Alaska from the Russian Empire in 1867 for $7.2 million. Since then they have taken all of the gold and most of the oil and gas.

Furthermore, environmentalists have become a pain about keeping the state, north-west of Canada, in tip-top shape, and the residents have become a strain on the welfare budget.

Mr Trump came up with the plan to sell Alaska back to the Russians when an envoy from Moscow muted the idea of leasing back the territory so its super rich could go there on bear-hunting holidays.

A White House spokesman said: “We don’t really need Alaska anymore. It’s stuck on the top of Canada miles away from anywhere, and quite frankly looking after it has become increasingly annoying and expensive.

“We have quoted a price of $10 billion to Russia, which represents quite a profit – and that will be more than enough to build our huge wall along the Mexican border.”

Professor of Politics at Suffolk University, Dr Hugh Williamson said: “While this sale will solve Mr Trump’s wall problems, it does pose another question: what will become of former Alaska governor Sarah Palin? The Russians won’t want her.”

55,846FansLike
9,837FollowersFollow
August 30, 2017
Previous article
Now it’s Postman Patel and Bartosz the Builder as BBC rebrands kids TV
Next article
Women spend as much on Prosecco as their mortgage