Police to be dangled from crane to spot crime across town 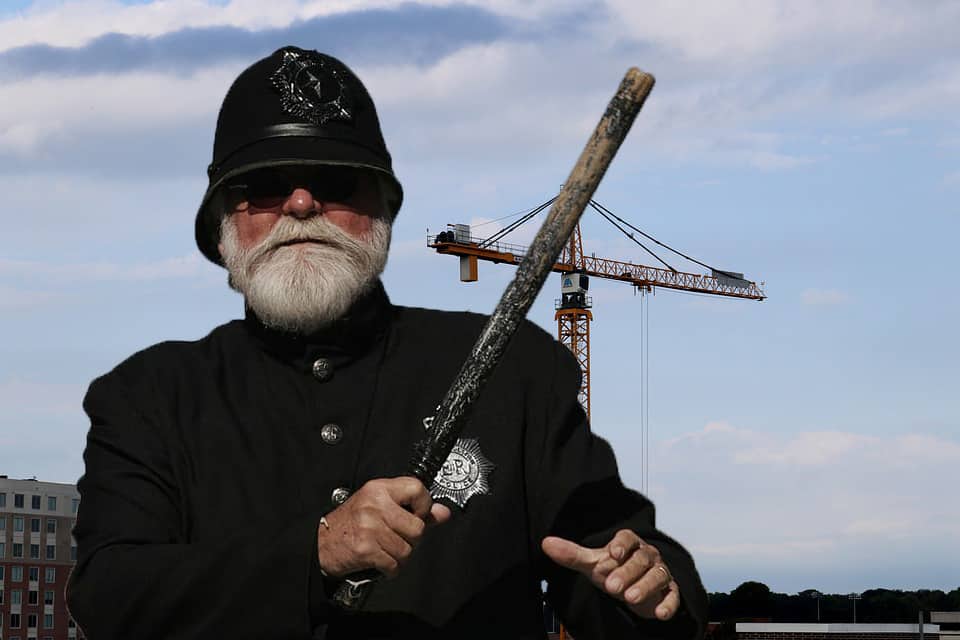 A policeman will be dangled from a crane 300 feet above Ipswich town centre in a brilliant new crime-fighting initiative.

The officer will be attached to a special harness and have high-powered binoculars to get a birds-eye view of the whole town, and a torch to see at night.

It means criminals will be spotted easily for miles around, slashing the number of robberies and traffic offences at a stroke.

But while the new plan, to be introduced by Suffolk Police next month, will save a fortune on the number of beat constables required, critics believe they have discovered a flaw.

Civil rights campaigner Lorraine Fisher, 34, said: “What happens when the officer hanging from the crane spots a crime in progress? He can’t do anything about it because he’s dangling hundreds of feet in the air. And his colleagues would have been made redundant so he has no back-up.

“It’s a ridiculous idea and just another way of saving money.”

Suffolk Police chiefs are keen to see the crane, which will be erected on the Cornhill, in action. If successful, it will be used in towns across the county.

A police insider told the Suffolk Gazette: “We have been putting a few officers through rigorous training at HQ. They are hauled up by the crane and left dangling there for seven hours at time. They soon get used to it, and have confirmed that while they are up there, they can see a long way away.”

The insider refused to comment when asked what would happen when it is foggy – days which could result in a huge crime wave sweeping Ipswich.