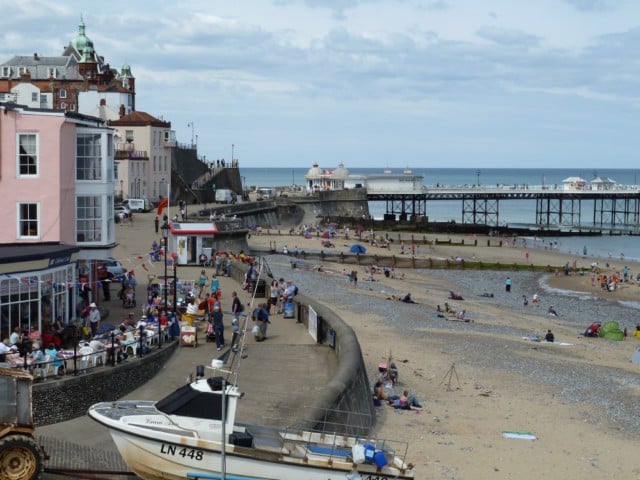 The mystery of why people from Cromer walk sideways could be solved by a major university-funded study.

East Anglia University is hoping to solve the riddle, which has perplexed experts and visitors to Norfolk for hundreds of years.

Tourists at the North Norfolk resort, famous for its pier and crabbing competitions, find it hilarious that locals shuffle sideways rather than walk in a straight line like everyone else.

The university’s head of human behavioural sciences, Dr Lorraine Fisher, 34, said her department had received a “substantial grant” from a leading player in the genetics industry.

“This money will mean our team of academics and students can visit Cromer and begin a series of interviews and tests on the locals.

“There is quite clearly an oddity in their DNA that causes this sideways walking.

“While it is comical to those witnessing it for the first time, it does have many drawbacks.

“For example, it takes them twice as long to get anywhere, and if a resident has bad eyesight in one eye, they will often bump into things.”

Dr Fisher added: “This can lead to a few upsets and local people can be quite crabby.”

Local Bubba Spuckler was not happy about the study.

“Why can’t these people just leave us alone. We’re not circus freaks,” he said.

Visitor Jonny Brampton said: “I couldn’t believe it when I first saw all the local wandering about like that. But you soon get used to them.”

Pavements in Cromer were replaced by sidewalks many years ago.