Leave campaign pin-up boy Boris Johnson has been hit with an astonishing £350 million-a-week divorce settlement by his estranged wife.

After claims that he “f*cked the whole country”, wife Marina Wheeler, herself a high-flying lawyer, has nailed down a massive pay-day.

By a strange coincidence, the nosebleed figure is exactly the same as the Leave campaign claimed the UK would save, £350 million a week, by leaving the EU.

But there were suggestions in Whitehall today that the split would hit major roadblocks.

Prime Minister Theresa May is handling the couple’s break-up negotiations herself, and they might now end up tied closer together rather than divorced. 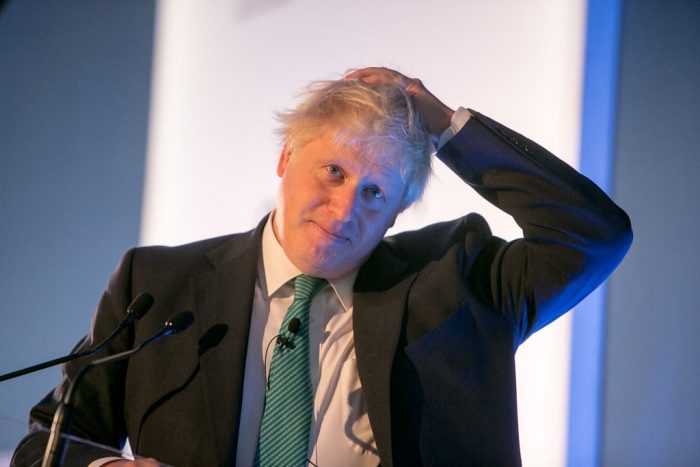 Boris Johnson: Expensive break-up (Photo: Chatham House CC)
Political commentator Lorraine Fisher, 34, said: “Marina Wheeler is no mug. She has slapped a sign on the side of her car saying she’ll get £350 million a week from the break-up.

“Boris simply has nowhere to turn. He has to pay up because if it’s driven around on the side of a vehicle, it must be true.”

In other news, Jacob Rees-Mogg has said he intends to help his friend Mr Johnson find a new home.

“There’s a nice terraced house in central London that will suit him perfectly,” the upper-class politician said.

Relationship counsellors said the biggest irony of the situation was that Boris Johnson had now officially joined the single market.

In industry news, the first British-made car to roll off the production line after the Brexit vote has been unveiled.

42,008FansLike
5,895FollowersFollow
September 8, 2018
Previous articleSenior citizens forced out of bingo halls by hipsters
Next articleDiesel jeans to be phased out over foul emissions

Another MP joins race to be the next Prime Minister

Larry the Downing Street cat to be interim Prime Minister