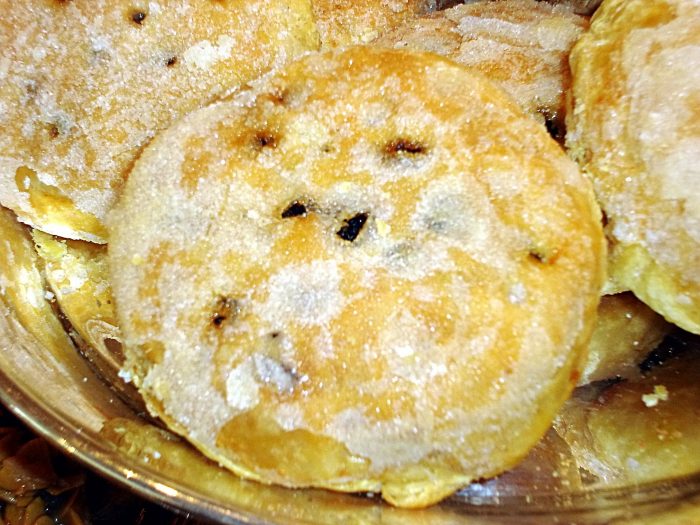 The world-famous Eccles Cake is being scraped into the bin after a landmark ruling confirmed it should rightfully be called a Beccles Cake.

Locals have always claimed the tasty teatime treat was invented in the north Suffolk town of Beccles in 1530, and quickly became a favourite of King Henry VIII.

But the original Beccles Cake recipe was lost in a serious fire, only to be revived a hundred years late with the incorrect Eccles Cake name.

The error gave the obscure town in Greater Manchester a huge financial boost, leaving Beccles in Suffolk nothing more to look forward to than a grim view of Norfolk over the River Waveney.

Now the Department of Food and Fisheries has acted as an intermediary between the two towns, and confirmed the recipe does indeed belong in Suffolk.

The Beccles Cake is a small, round cake filled with currants and made from flaky pastry with butter, sometimes topped with demerara sugar.

It is expected the Government ruling will prompt Beccles Town Council to apply for Protected Geographical Status, meaning only locally-make cakes can be named Beccles Cakes.

And Eccles will be forced to ditch its imposter cakes in order to prevent confusion.

Beccles baker Lorraine Fisher, 34, has been campaigning for years for the rightful return of the Beccles Cake name.

“Those people from Lancashire just seized upon the name when an old document about the cake was found at Hampton Court Palace, in the records from Henry VIII’s time.

“The document accidentally left the ‘B’ off the name of the cake, but Eccles didn’t care and cashed in on the recipe.

“This is a victory for common sense, and we can’t wait to serve up tasty Beccles Cakes to our hungry customers.”

An insider at Eccles Town Hall said they would be appealing against the Government decision.

“We have been making Eccles Cakes for hundreds of years. If this Beccles place wants the name back they had better prepare to fight us for it.”

Food lovers believe the Beccles Cakes will taste nicer than Eccles Cakes because of the better living conditions in the south of England.

Use your pumpkins to feed starving kids this half-term, insists Government