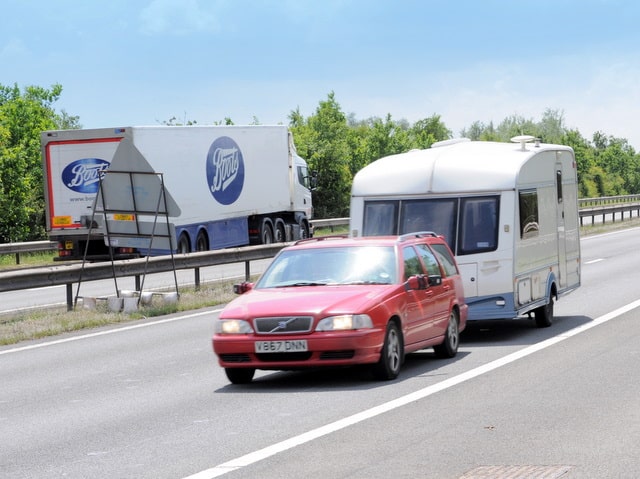 Caravans are being banned completely from Suffolk because anti-social owners have become too unbearable, it has been confirmed.

Residents and officials have had enough of caravanners setting up home in laybys, pitching up in supermarket or public car parks – and taking over private land in villages.

They have to be evicted by local councils – and leave behind a terrible mess for everyone else to clean up.

As a result, the decision has now been taken to prevent caravans from using any roads in Suffolk.

“People in Suffolk pay their taxes to enjoy the services we provide. They expect all of our facilities to be respected.

“But now caravans are causing increasing issues. One might turn up in a public car park, and before you know it another 15 have turned up.

“And there they will stay for weeks before being evicted without paying any parking fees at all and leaving an awful mess behind.”

Ms Fisher explained it was approaching the time of year when thousands of extra caravans would have been entering Suffolk.

“They seem to turn up in huge numbers over bank holiday weekends and during the summer holidays, with many of them heading for our beautiful coastline.

Brian Walshe, a spokesman for the Caravan Owners’ Club, said: “We will be having words with the authorities in Suffolk.

“It seems they have got the wrong end of the stick about most people who tow a caravan.”

This is not the first time Suffolk caravanning has got a bad press – this very newspaper revealed three years ago how North Korean leader Kim Jong-un had purchased a Suffolk caravan.