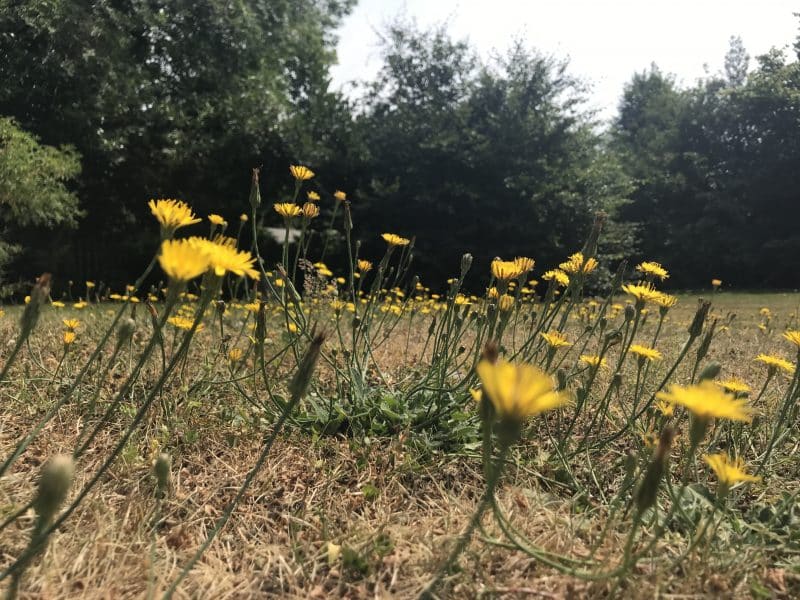 A Suffolk man who hasn’t bothered to cut his grass for weeks insists he’s growing a wildflower garden.

Steve Walshe, 38, from Woodbridge, said his garden had become a haven for local wildlife.

But girlfriend Lorraine Fisher, 34, claims he’s simply a lazy so-and-so who can’t be arsed to do even the simplest of jobs.

“He’s been watching the World Cup on television, and now Wimbledon has started as well.

“Any excuse to get out of mowing the lawn – it’s in a terrible state.”

Postman Steve said Lorraine simply did not understand how difficult it was to create an environmentally sensitive haven for important things like bees.

“She bangs on about the mower collecting cobwebs in the shed but doesn’t give nature a second thought.

He reckons it will take all of the summer for his wildflower garden to truly flourish in his back garden, as well as the space at the front.

There are mainly yellow flowers all over the place right now.

“I don’t know what they are, but they’re very pretty,” he said.

“Mr Walshe should be applauded for his efforts.

“As for Lorraine Fisher, 34, well as long as she can still find her way to the washing line, what’s she got to complain about?”

The Suffolk Gazette revealed yesterday how Scotland had turned to dust and been replaced by the sea owing to record high temperatures.

And as the heatwave continues, more Brits are snapping up the new Wifi operated barbecues.

Man ventures into back garden for first time since November