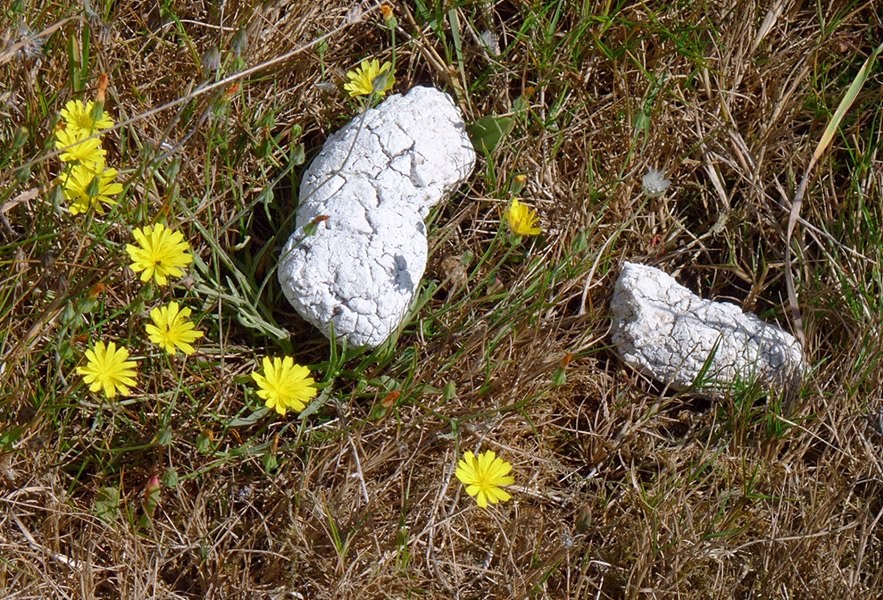 A woman was surprised to spot some rare white dog poo while out and about in Suffolk, it has emerged.

Lorraine Fisher, 34, was walking through heathland near Aldeburgh when she found the two lumps of white dog poo next to a footpath.

It is believed to be the first find of its kind for nearly 30 years, and has prompted excited chatter among dog owners.

Ms Fisher, a stockbroker from London, said: “I was on holiday in Suffolk last week, staying at my cottage in Aldeburgh, and was out walking close to the town.

“Imagine my surprise when I looked down to see white dog poo next to the footpath.

“I haven’t seen any of that since I was a kid. It was just laying there where the dog left it.

“It’s not even as though the owner had flicked it with a stick out of the way.

“It was such a great discovery that I took a photograph of it and showed it to all my friends. None of them have seen this sort of thing for years either.”

Experts say white dog poo, which just about everyone remembers being commonplace years ago, has disappeared for two reasons: a healthier diet for our pets, and also because owners are now more responsible and tend to pick up what their little darlings leave behind.

Miss Fisher said she regretted not popping the poop in her pocket and taking it with her back to London, where the last sighting of white dog poo was way back in 1979 on a pavement in Tooting.

“It would probably be worth a few quid,” she said.

“I think it came from a medium-sized dog like a spaniel or something.”