On 12th June, Ipswich Town officially unveiled Paul Hurst as the new manager of the club. He comes in having taken over at Shrewsbury Town in late October, 2016 when Shrewsbury sat rock bottom of League One. Hurst pulled Shrewsbury up to 18th to stave off relegation and then rocketed the club to third last season, just missing out on promotion in the League One play-off final.

As part of his first press conference as the Ipswich boss, Hurst detailed a steady pace to the summer of transfers due to the international tournaments, stating that “the situation might be a slow burner,” per Ipswich Town. But, just a couple of weeks on, Town have revealed their first new signing under Hurst, Chelsea’s Trevoh Chalobah on a season-long loan. 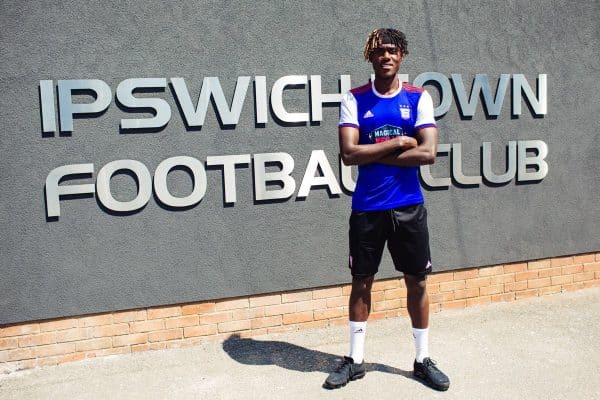 Born in Sierra Leone of English nationality, Trevor Chalobah possesses size, strength, and is very comfortable with the ball at his feet. Last summer, Chalobah was part of the England team that also featured Town’s Andre Dozzell and won the Under-19s European Championships. He also impressed for Chelsea, featuring prominently in the club’s run to the UEFA Youth League final.

Chalobah will help to fill the gaps left by last season’s loanees in Callum Connolly from Everton and Cameron Carter-Vickers of Tottenham Hotspur while also bringing some versatility to the team. Chalobah’s touch, passing, and vision are strong, and he can play just in front of the defence as part of the midfield or as a centre back.
A dark horse with Hurst in charge 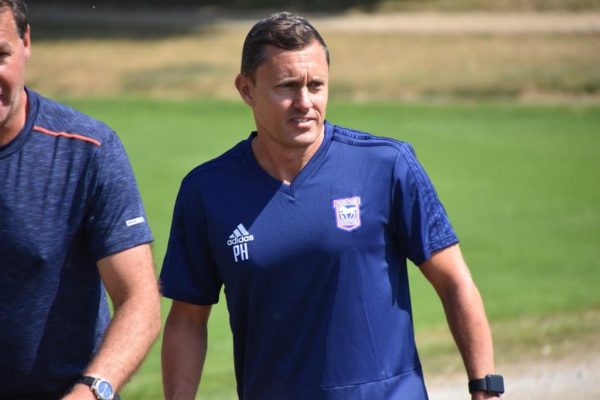 Paul Hurt’s appointment was never expected to loosen the purse strings at Ipswich Town. One of the admirable traits of the new boss is that he built Shrewsbury into being play-off finalists without spending very much at all. In his first full season in charge at Shrewsbury, Hurst brought in a total of eight players on loan as well as 11 players on permanent deals.

However, in the Championship, Hurst will have to contend with former Premier League clubs that have a spending power that’s far superior to that of Ipswich Town. The most recently relegated Stoke City and West Bromwich Albion are favourites with the bookies to win the Championship and achieve promotion largely because of their larger budget.

That’s not to say that Paul Hurst can’t improve Ipswich’s standing with some more shrewd signings. Last season, Shrewsbury were at very long odds to even make it to the play-offs, let alone finish in the top three. In fact, they were one of the early relegation favourites in the odds.

It’s because of Hurst’s ability to get the best out of his players and bring in players of real quality to bolster his squad in key areas that there are embers of hope that he can turn Ipswich Town into a Premiership team again. This has translated into fans using their betting offers at bookies like Betfred to back Ipswich to achieve promotion this season.

The rumour mill is turning

The club has been linked to a number of exciting players and, if the moves are completed, they will certainly improve Hurst’s squad. The team is said to have bid for centre-back Curtis Tilt of Blackpool, and are also after the soon-to-be free agent Kane Vincent-Young – a full-back who can also play as a winger. Middlesbrough’s signing from Oxford United last summer, Marvin Johnson, is also rumoured to be in Ipswich’s crosshairs, especially as Boro have reportedly accepted that they’ll make a loss on his £3 million fee from a year ago.

Ipswich will most certainly be making a few more loan signings before the summer window closes, but what might be most exciting is the young players raring to break into the first team. Australian 19-year-old Ben Folami enjoyed a taste of first-team action at the end of last season and could fill a need on the right-wing. There are also the young talents of Tristan Nydam and Andre Dozzell who could push for a more prominent role under Hurst.

It’s an exciting time in Ipswich Town, and while Paul Hurst says that it’ll be a slow burner summer, he’s expected to bring in some solid players to bolster the squad who may even help to lead the Portman Road residents towards the promotion places.

55,801FansLike
9,857FollowersFollow
June 27, 2018
Previous article
Dig out the family tree for when England disappoint at the World Cup
Next article
Woman finds rare white dog poo while holidaying in Suffolk