Billy Bob and Bubba Spuckler, who work on their father’s smallholding near Downham Market, hoped to trick pretty women into giving them a date and maybe some affection.

But when their well-heeled victims turned up for a romantic meeting, they were in for a terrible shock. 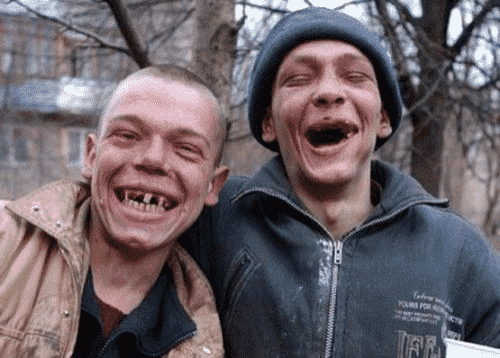 Web of deceit: the Spuckler brothers are nothing like their online profiles

Police were called by one attractive 25-year-old woman, a legal secretary from Diss, who was conned into meeting the Norfolk brothers at a roadside cafe on the A140.

She told stunned officers: “The older one claimed online to be a chief executive of a financial trading empire and the other was meant to be his marketing director. I first got suspicious when I arrived at the meeting and there was an old 1960s tractor in the car park.

“Then when I saw them both I could have died. They had rotten teeth, could hardly speak English properly, and smelt foul. They were basically ugly peasant boys, not wealthy businessmen.”

Police spoke to the pair at the family shack after receiving two other complaints. A Norfolk Police insider said: “The boys, aged 26 and 24, were spoken to by officers and told in no uncertain terms that fibbing on online dating profiles was wrong.

“They had committed no crime, so were not charged, but they have been forced to apologise to the women and delete their online dating accounts. They have also been advised to visit a dentist.

“Quite frankly we were surprised they knew what the internet was, let alone had the ability to write on it.”

Billy Bob and Bubba live on their smallholding with their father, Cletus and their 13 brothers and sisters. They specialise in growing turnips for the local Co-Op.

After initially threatening Suffolk Gazette reporters with a pitchfork, they admitted they had been arrested.

“We was only trying to get a little lovin,” Billy Bob, 24, said. “It gets real lonely here in rural Norfolk and we wanted to meet someone new.”

Bubba, 26, added: “Otherwise we’ll end up having to keep it in the family like everyone else around here.”