Get those wee jobs done around the veg patch

A workman came to my lady garden the other day. He dumped his tools on the patio and said: “Can I plug my extension lead into your utility?”

I wouldn’t mind, but we hadn’t even been formally introduced.

Eventually I calmed down and gave him a pot of tea and a hobnob.

He turned out to be a local plumber called Rufus Leakin whom my husband had invited round to take a look at his U-bend.

After my initial anger it turned out that Rufus and I had something in common.

We both have an allotment, but he also keeps chickens, ducks, a dog, two cats, some guinea pigs and a few children.

He was strangely narked when I asked him if he would call what he had a small-holding!

I then asked how he kept the foxes away from his chickens, and the muntjac deer from nibbling his firm young turnips.

Well! His answer shocked me as I am sure it will you, my dear readers. He says that when he comes back from the pub at night full to the brim with Adnams Broadside (4.7 %) and a kebab or curry, he piddles all round the edges of his plot and hen-house and if he can manage a wee bit more, he pisses on his compost heap, where presumably the recycled curry and beer act as a rotting agent. In fact he called it his compissed heap.

He explained, in a cavemanish way: “You see, luv, foxes and deer are put off by the smell of Man-Wee. It’s a primitive thing. My wife doesn’t like me doing it so I wait until she’s gone to bed and it’s well dark.”

After we’d finished talking dirty, he unplugged his tool, stole another hobnob and cleared off in his filthy van leaving me to contemplate whether his remarks about Man-Wee were a fact… or sexist piddle twaddle.

I told my sister and we wondered whether Woman-Wee would keep the marauding muntjacs away from our lady garden.

The compost would be another matter as ours is in a tall bin and we would need a ladder, since we women lack the natural equipment to pee in the air, and a natural aversion to going out after lighting-up time.

I knocked up a vindaloo recipe by that road-kill eating chef Hugh Fearnley Whitting-Squirrel and my sister and I knocked back a few gins and pimms with our own borage flowers, then we had some Aspall Isabel’s Berry Cyder, popped some Van Morrison at full blast, and had a couple of Lidl own brand Grand Marnier taste-alike.

“Lesh go!” I said, and we did the conga out to the garden as we merrily swigged from cans of Tesco Premium Lager (4 for £2.69), slinging the empties over the neighbour’s fence and flinging our arses from side to side, stomping all over the lobelia and busy lizzies.

Sometime later, there we were with our knickers around our ankles, mid-Woman-Wee when the police arrived.

I looked up and there was local Detective Inspector Will Knabbem with his notebook. He’d been alerted by the pub opposite, where a crowd had gathered.

That’s the trouble with having an open-plan garden right on the village green in broad daylight.

But you can avoid muntjac and other pests, except flying insects, by growing plants in one of those trendy new veg trugs. Of course I’ve got one and it’s perfect for popping in radish, lettuce and even potatoes. 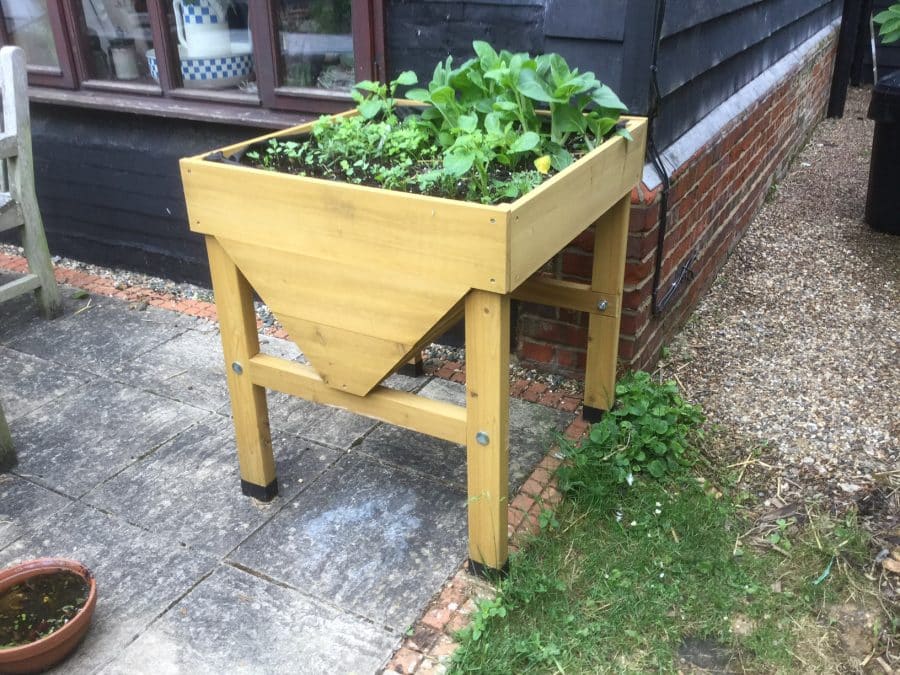 The clever deep V shape gives the tubers room to spread about. It looks a bit like a coffin and could easily double up if you had a sudden bereavement.

Talking of pests in the garden, you can keep cats at bay by sticking plastic picnic forks in the ground upside down. No creature wants a jab up the bum with a fork, except for a few suspender-wearing members of the House of Lords.

Of course you don’t want to try this trick if you are a lady who likes to pee on the crops. 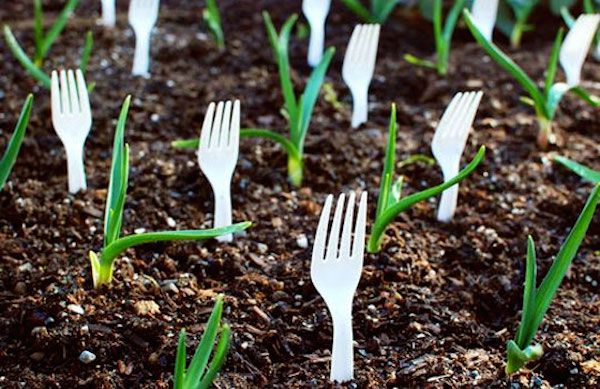 Forking hell: no cats will want to squat here

* Deadhead the roses, snipping off the the dodgy blooms just below the head. This will make more flowers appear and is better than the old method of cutting off just above a leaf. I dry the old petals to make pot pourri mixed with orris root powder and sprinkled with essential oils. It works wonders when the old man’s just farted.

* Prune those gooseberries and pick rhubarb stalks. Of course both make a lovely crumble. Naturally many people swear that the best thing to put on rhubarb is horse manure. But I swear more than most folk and I reckon you can’t beat a big dollop of clotted cream (only 53 Slimming World Syns per portion).

* Sow pumpkins, beetroots and sweetcorn. Grow a clematis, which are good value at the moment, to hide a broken fence, some graffiti or your secret pile of empty wine bottles.

Now for the answers to your queries

Thank you for all your lovely letters. My inbox has never been so stuffed.

* Mr Chris S: Yes the temperature will obviously affect performance in the garden and the current chilly weather can wreck a romantic dinner al fresco. You might consider buying this interestingly-shaped chiminea. 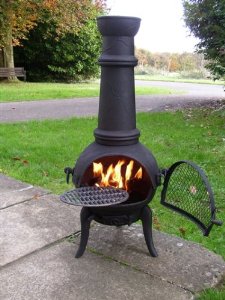 * Mr R M from Eye: What you appear to have there is Vascular Wilt, a fungal disease. You need to rotate your crops and grow more resistant varieties. Or watch Babe Station.

* Miss “Dizzy” Gooch from Essex: No, I don’t think a hosepipe ban will affect the firemen.

See you next week!