It is my sad duty to confirm that the esteemed Suffolk Gazette gardening correspondent, Anita Bush has been found drowned in a water feature at her home.

Ms Bush, whose In My Lady Garden column featured in this newspaper for 36 years, built a global fan base and counted Her Majesty The Queen as one of her loyal readers.

She was a hugely influential horticulture expert, and wrote her Suffolk Gazette column until late last year when it became clear that her lifetime love of alcohol was getting the better of her.

The last time she was seen in public was at the Suffolk Gazette Christmas party, where she got rather drunk and tried to get off with our Thought For The Day writer, The Rev Evan Elpuss.

Police called to investigate her tragic death on Tuesday found her face down in a mini waterfall feature in her beloved garden near Stowmarket. Her skirt was around her ankles and officers believe she tripped over it before hitting her head on the fountain and drowning.

An empty bottle of gin was laying next to her body.

Ms Bush, 69, leaves a husband, Norbert, many close gentlemen friends and her glorious two-acre garden, which may now be opened to the public because Mr Bush needs the money.

He has already placed a memorial bench in the garden for his late wife, together with a poignant plaque, which reads: “In loving memory of Anita Bush… and all those who kept her in trim”. 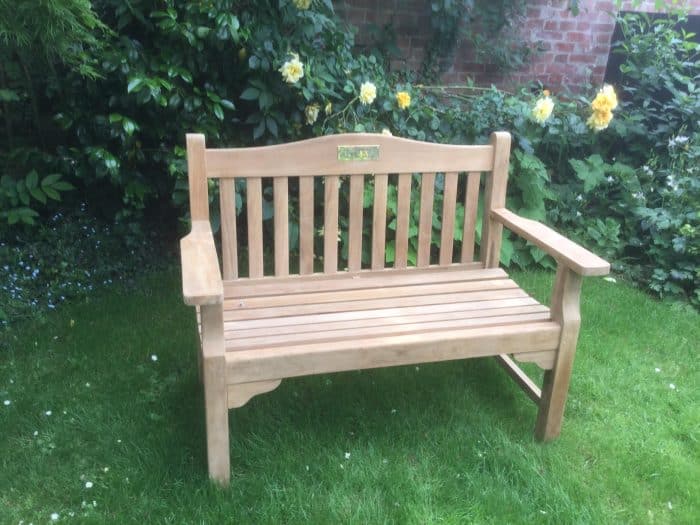 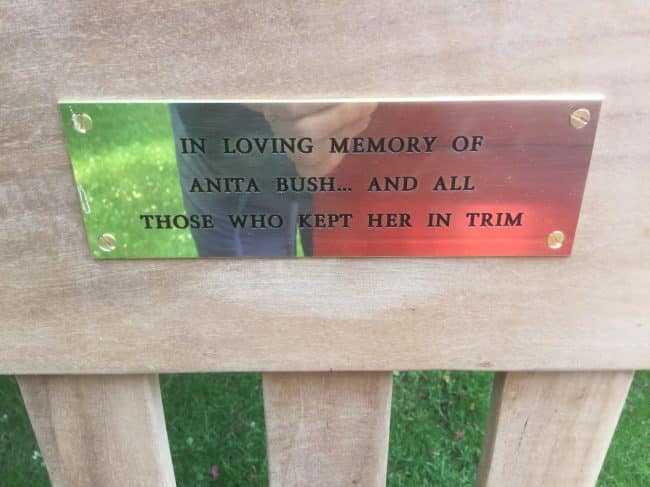 Loving memory: The plaque on the Anita Bush memorial bench

The funeral will be held next Wednesday at Stowmarket crematorium. The family have asked for no flowers – they have grown fed up with them because it’s all Anita ever talked about. Instead, they have asked that donations be sent to the Suffolk Gazette Beer Fund.

Most of Ms Bush’s finest columns were famously educational and rude, given that whenever she was asked about double entendres, her reply was always, with a wink: “I’ll give you one.”

Headlines included I took a photo of my neighbour’s cock, My crack is getting very big, I’m so sad about my small pear, and Water those herbs and find thyme for a right good stuffing.

Time for the Great British Rake-Off