The Suffolk Gazette management team has been forced to play down the significance of private meeting notes that were spotted by the media.

A bungling aide left an executive meeting at the media empire HQ yesterday, unaware the writing on his pad could be seen by waiting photographers.

The notes contained a tantalising glimpse into the Suffolk Gazette’s future strategy, including a new cookery column called Have Your Cake and Eat It.

And there are explicit policies outlining ideas about how to deal with Norfolk – and in particular Norwich owner Delia Smith’s lawyer. 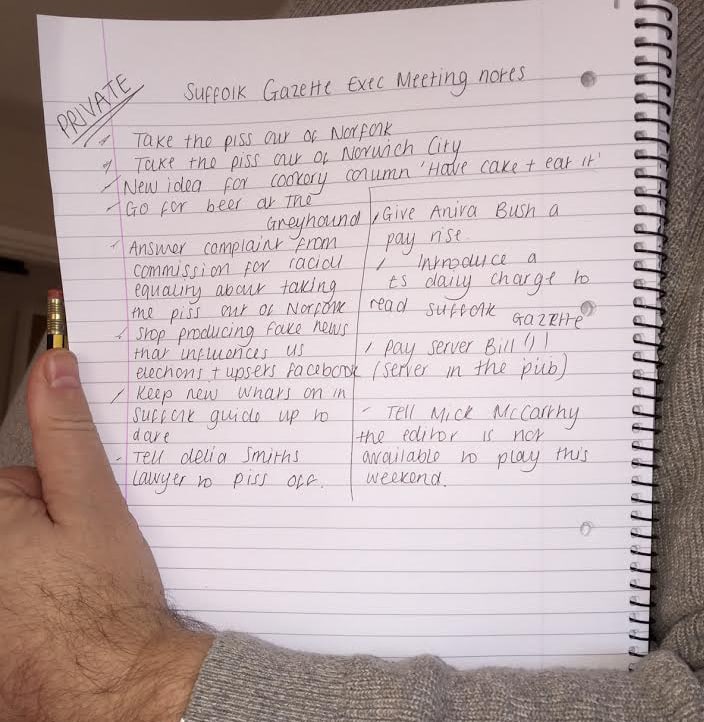 But a spokesman for the Suffolk Gazette was keen to dismiss the significance of the meeting notes. He said: “You can’t read too much into this. Our team had probably been drinking, so the notes may not even have been a particularly accurate record of the meeting.

“Also, any tactics targeting Norfolk can hardly be a surprise. We will not be sacking the aide because of the error.”

There is no word on whether the aide in Downing Street will be spared, however. 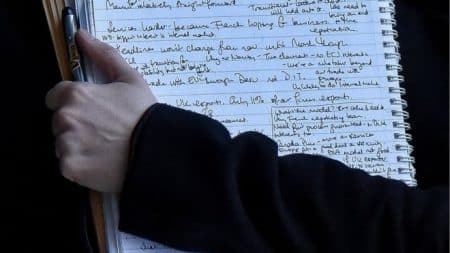