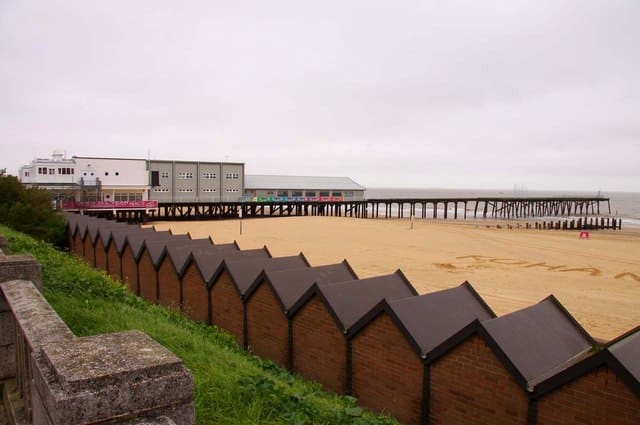 Lowestoft is so far east that the time zone there is being brought forward one hour to compensate, it has emerged.

Town residents have been given just ten days notice about the disruptive change, which will undoubtedly create much confusion.

Britain’s most easterly point, Lowestoft gets the sun much earlier in the day and is plunged into darkness while the rest of the country is still out and about.

Experts say this might explain some of the odd behaviour of the town’s residents, who appear to have little in common with the rest of Suffolk.

Now the Government has bowed to local farmers’ pressure and agreed that clocks in the town will move forward one hour on Sunday March 25.

Then townsfolk will see a more natural spread of daylight over the day, and the switch will bring Lowestoft in line with much of Europe to the east.

But some business users are angry that they have not been given enough time to prepare for the change.

For example, Greater Anglia is trying to get its head around the concept that a train leaving Lowestoft will effectively arrive in Ipswich at the same time.

And tourist operators in the seaside resort, which is bidding for the 2021 UK City of Culture, fear day trippers will be unaware of the switch and miss out on an hour of glorious sunshine on the golden beaches.

Seafront ice cream kiosk owner Lorraine Fisher, 34, said: “This will cause chaos. When someone says to a friend, ‘Come and meet me in Lowestoft at 11am’ they will miss each other, and then they may fall out.

“Plus some local people might not be aware of the change – ten days is not enough notice for something this big.

“Kids will be late for school, the rush-hour will be all over the place and we will have to get used to watching the ten o’clock news at 11pm, which is far too late for a lot of old people.”

The town made the national news last year when The Queen offered to give Lowestoft to Spain in order to keep Gibraltar.