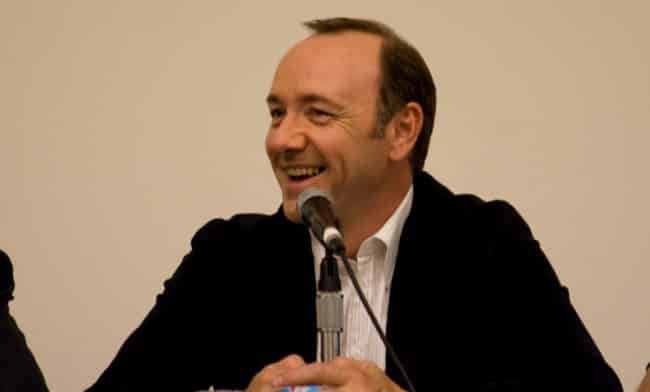 Shamed movie star Kevin Spacey, who faces a string of sex assault allegations, has revealed he intends to stand as a Member of Parliament.

Mr Spacey says he is now perfectly qualified for a life in the sleazy House of Commons.

A pal said not only has Spacey played a political leader in the Netflix blockbuster House of Cards, but his alleged sexual misconduct will go down a storm in Westminster.

Only days ago, Defence Secretary Michael Fallon was forced to resign, while other Tory and now Labour MPs have also been suspended amid claims of lust and sexual misconduct.

With multiple sexual misconduct allegations against him going back years, 58-year-old Spacey would now be an ideal candidate for any political party in Britain.

“Kevin is devastated that Netflix has appeared to drop him and his career in acting is probably over.

“But as one door shuts another one opens, and as fate would have it an alternative career has emerged, for which he is perfectly qualified.

“It seems being a British MP involves the need to be a sex pest, have weird sexual preferences and generally be a letching pervert.

“Kevin is determined to get a piece of the action, and will be standing as a Member of Parliament at the next available by-election.”

Police have confirmed that a 58-year-old man is under investigation after another man claimed he awoke to find Spacey performing a sex act upon him when he was 23. No arrests have been made.

Meanwhile, at least eight employees who worked on House of Cards have anonymously accused Spacey of making the show a “toxic” work environment, according to a CNN report. Allegations include “non-consensual touching and crude comments” usually targeted at younger, male members of the crew, and one former production assistant for the show has accused Spacey of sexual assault.

A spokesman for Downing Street said: “Kevin Spacey sounds like he is made of the right sort of stuff to be a Member of Parliament, and we look forward to welcoming him aboard.”

Man employed to sit on Big Ben and shout ‘BONG!’ every hour