Hospital parking to cost arm and a leg 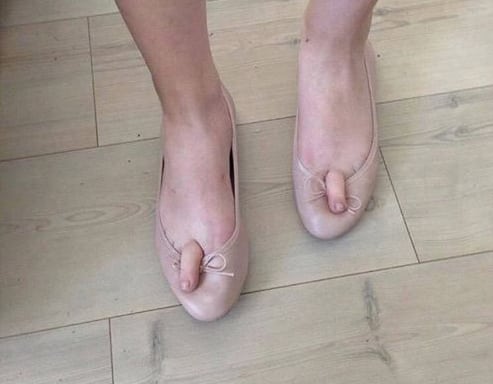 Prince Charming has spoken of his anguish after being unable to find Cinderella in Norfolk.

Try as he might, the dashing royal could trace no woman in the county capable of squeezing her six toes into the special slippers.

He has now reluctantly admitted that the love of his life probably does not live in Norfolk after all, but is almost certainly from neighbouring Suffolk.

Prince Charming had been on the hunt for a wife so inexplicably decided to look in Norfolk.

He told Royal courtiers to put on a lavish ball at Dunston Hall near Norwich and invite all the single women from the area.

One mystery beauty caught his eye but fled at midnight because the last Greater Anglia train was about to leave.

She left a slipper behind as she dashed for the train – a perfect clue to her identity.

Whoever could fit into the slipper would surely be his new wife, so the Prince, 29, toured the county trying every woman.

To his horror none of them fitted the shoe because they could not squeeze six toes in.

A Royal spokesman said: “It is with regret that we report the Prince has been unable to find his wife in Norfolk.

“All the women tried on the slippers eagerly but one toe would always stick out.

“We now believe the beautiful woman who beguiled Prince Charming that night must have come from Suffolk.”

The Suffolk Gazette understands one likely candidate is Miss Cinderella, 24, from Woodbridge in Suffolk, who lives with her evil Norfolk stepmother and ugly step sisters.

A Palace insider said: “Prince Charming has ordered teams to Suffolk to find her. We believe they will live happily ever after.”