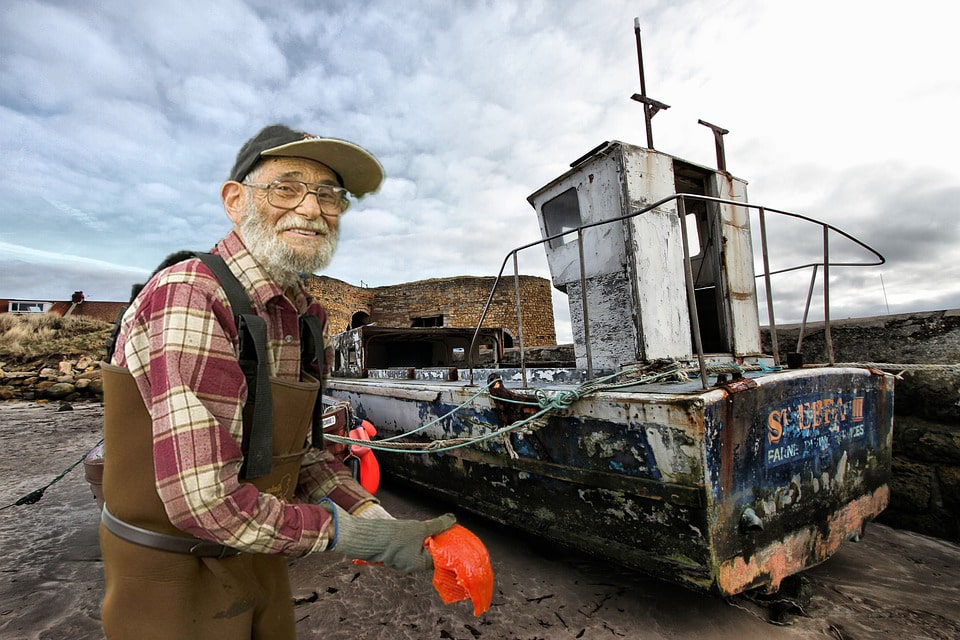 The Felixstowe mayor and town police chief have put aside their differences and agreed to pay a local fisherman to hunt down and catch the shark that is stalking the resort.

Bart Clint, a former Merchant Navy seaman who is covered in menacing tattoos, got everyone’s attention at the recent emergency public meeting when he stood up, scraped his fingernails down a chalkboard and claimed: “Bad fish. This shark, swallow you whole.”

Mr Clint, pictured above with his boat, told the astonished crowd that he would find the shark for £3,000, adding: “But I’ll catch him, and kill him, for ten. For that, you get the head, the tail, the whole damn thing.”

He has since been out on a recon trip in his old wooden boat, which does not look entirely seaworthy, with Police Chief Martin Cody and local oceanographer Matt Cooper. Captain Cody believed he spotted the shark and told Mr Clint, in no uncertain terms: “You’re going to need a bigger boat.”

Mr Clint is a veteran of merchant navy trips around the world and replied how he once fell overboard off Devon and was surrounded by fearsome dolphins. It was this harrowing experience that made him the ideal shark hunter today, no matter what boat he was in.

The three are looking for an eight-foot-long shark that bit Felixstowe windsurfer Christopher Mills’ surfboard. Fears a killer Great White is patrolling the North Sea were raised after it was revealed Chrissie Watkins, from Felixstowe, had gone missing while swimming in the sea days earlier.

Captain Cody wants to close the beaches, but Mayor Larry Warne is desperately trying to downplay the reports fearing it will hit Felixstowe’s booming tourist trade.

Mr Clint will begin his full hunting trip with Captain Cody and Mr Cooper this weekend. The Suffolk Gazette declined an offer to put a reporter on board.

* EDIT: The Shark was killed, but it didn’t end well for the fisherman.