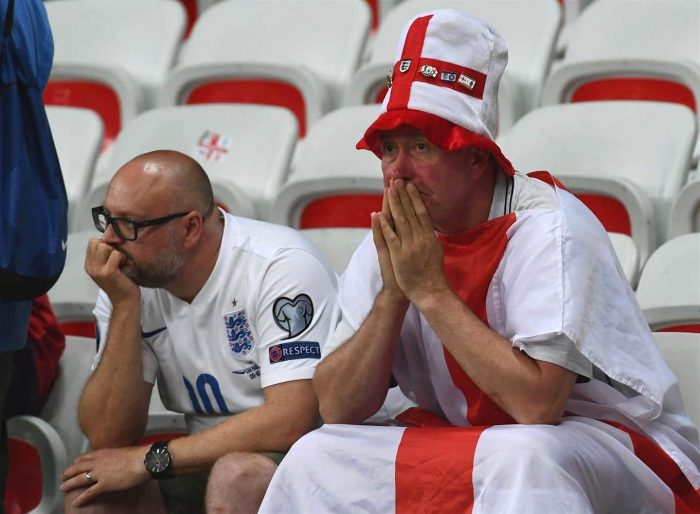 The Three Lions have been drawn in the same group as Panama, a country so small its total population is half that of London.

Every major tournament sees England crumble to an international footballing minnow, and now all supporters have to look forward to is getting their excuses in early.

Tiny Iceland, managed by a dentist, knocked England out of the European Championships two years ago.

And the last World Cup in 2014 saw Costa Rica hold us to a draw before Uruguay hammered the last nail into our coffin.

The draw in Russia yesterday also saw England matched in the group stage with Tunisia – another banana skin for Gareth Southgate and his overpaid squad.

What makes the certain defeat to Panama even more disappointing is that everyone is saying England have got an easy draw – even if they were pulled out of the hat by nemesis Diego Maradona.

England fan Lorraine Fisher, from Woodbridge in Suffolk said: “At least we now know what is going to happen – we’ll snatch a draw against Tunisia but lose to Panama.

“We’ll obviously lose to Belgium, the fourth team in Group G, so that will see us back on the plane home before the second round as usual.”

Panama, in Central America, is famous for having a large canal.

Even the second most interesting thing about the country – the Panama Hat – is not quite as exciting as it sounds. It originates from Ecuador.

England have never played Panama before, meaning that after June next year the tiny country will enjoy a 100% winning record against their so-called mighty opponents for decades to come.