Suffolk GazetteYou couldn\'t make it up
More
HomeNews
May 25, 2017 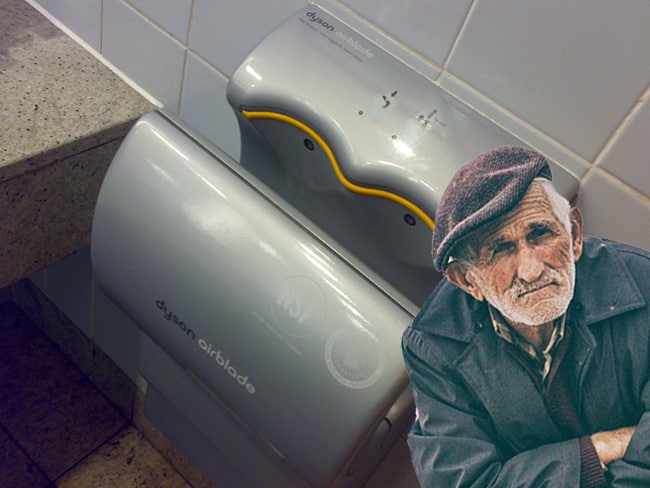 An elderly man has complained about the “newfangled urinal” in a public loo – which sprayed him with urine.

Derek Beavis, 78, was horrified when he used the public convenience off Hamilton Road in Felixstowe, because it covered him with his own pee.

The retired teacher, pictured above with the offending item, said: “I saw this newfangled urinal attached to the wall. It was an odd shape but I put that down to everything having to look cool these days. And to be honest I was a bit desperate, so I didn’t look too closely.

“When I began to relieve myself it made a noise like a jet engine and then all this air came out with such force that it sprayed me all over with my own pee.

“It covered my coat, my trousers and even went all over my face. Trouble is, once I start I can’t stop, so I had to stand there until I had finished.

“Luckily it was raining outside, so nobody noticed that I was soaking wet as I made my way back home. I got some odd looks on the bus, though, and nobody seemed to want to sit next to me.”

Mr Beavis said he complained to Suffolk Coastal District Council, but was told the urinal was not faulty, but was in fact a high-speed Airblade hand Dyson dryer.

The Felixstowe public loo was made famous two years ago when local OAP Gladys Phillips got locked in for four days.