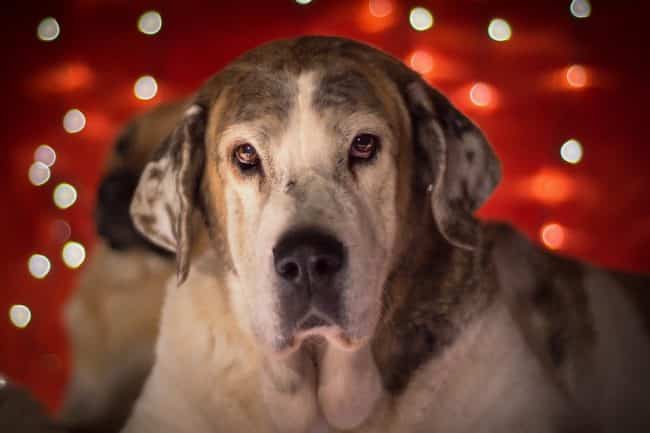 Britain’s dogs would like it to be known they should not be blamed for passing wind under the Christmas dinner table, it has emerged.

They are fed up with humans telling them off for smelly post-lunch flatulence.

Dog Lorraine Fisher, 34 months, from Suffolk said: “We get a bum deal at this time of the year.

“One minute we’re being all cute, staring lovingly into our human’s eyes hoping for a cheeky tidbit of turkey.

“The next everyone is choking, waving their napkins around, telling us to bugger off and blaming us for stinking the house out.

“But the truth is we haven’t eaten anything apart from a squeaky Christmas toy we were inexplicably given in the morning.

“The humans are the ones who have been gorging themselves sick on food and drink all day.

“Enough is enough. Speaking for dogs everywhere, I say, ‘Don’t fall for that crap. It wasn’t us’.”

Human Steve Walshe, 44, said he understood that dogs didn’t like getting into trouble for something they haven’t done.

But he insisted they should play along, like a good boy.

“Huge portions of crisps, meat, sprouts, dessert, beer, wine and chocolates inevitably lead to a build-up of gas in the tank.

“Sometimes you just have to let it go around the table because grandma is still in the loo and you’re too stuffed to get up anyway.

“Dogs don’t have a great deal of work to do over Christmas, so it seems only fair they should take the fart blame on the chin.”