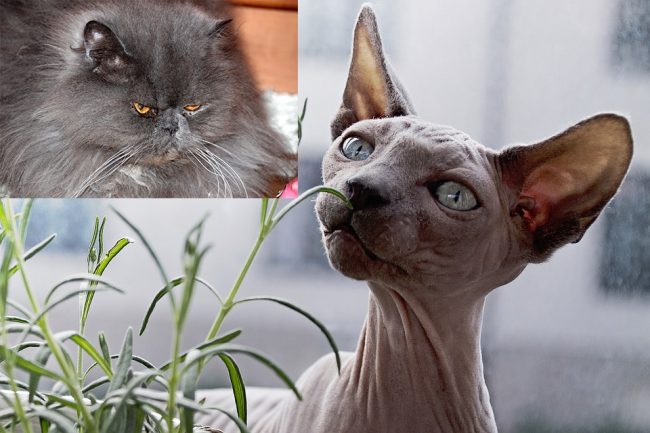 A family who recently moved to Sizewell have raised concerns after their pet cat’s appearance changed drastically within two weeks.

Fluffy went from being a normal-looking hairy cat (inset) to a bald freak with huge ears and scary green eyes.

Mum-of-two Lorraine Fisher, 34, said: “My husband got a new job so we had to move from Northamptonshire to live in Sizewell on the Suffolk coast, close to the nuclear power station.

“Everything has been lovely – the locals have welcomed us and said we should be accepted in Suffolk within 27 years, and the kids settled in school once they got used to wearing smocks.

“But something is terribly strange about Fluffy, who likes to go out at night and explore.

“First we noticed some tufts of his hair began falling out – and within four days it had all gone.

“And then his ears grew enormous and his eyes began to bulge and changed colour from yellow to green. He also now has five legs.

“He’s probably the same cat inside, but to be honest the kids are now scared to go near him.”

Ms Fisher took Fluffy to the local Ipswich vets, who advised her to stop letting him wander up to Sizewell B.

“Why shouldn’t Fluffy go up there where it’s nice and warm? It makes you wonder if it is entirely safe.”

Sizewell B spokesman Charles Montgomery Burns said: “Excellent! There is absolutely nothing to worry about. Release the hounds!”

Would you like a cat mug? Of course you would

Our potty pottery partner Dirty Old Goat has some rather pleasing cat mugs, should you require one for your kitchen cupboard, or as a gift for a friend. Buy direct below, or visit the cat mug collection…