Anticipation was sky-high that Hussain Holt would add one final world title to add to his astonishing eight cabbage-sprinting Olympic golds.

Cabbage sprinting is a traditional East Anglian sport in which athletes dress in suits and have to run 100 metres as fast as they can – with a cabbage balanced on their head.

Holt, from Stowmarket in Suffolk, became a firm crowd favourite, but his final appearance last night at the Mildenhall speedway stadium track was marred because the race was one Justin Spuckler, from Norfolk.

Spuckler has twice been banned from cabbage sprinting after being found guilty of substance abuse.

Tests revealed he had been putting glue on his cabbage to help him balance it on his head, allowing him to run faster. 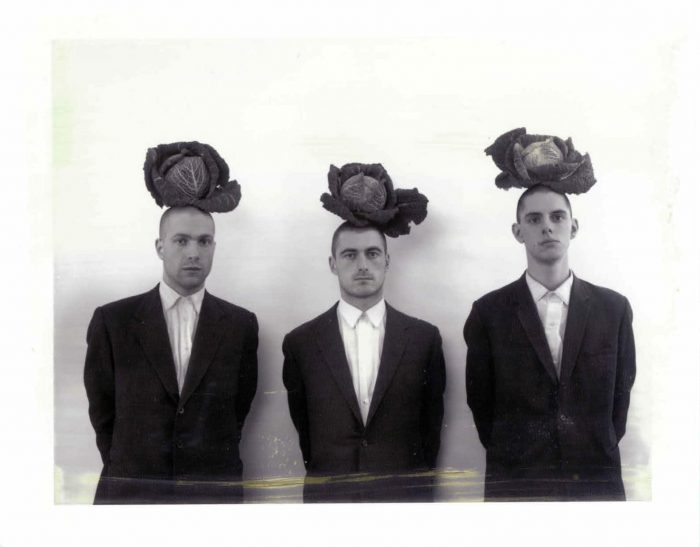 And although he has now turned over a new leaf, cabbage sprinting fans, and especially supporters of Hussain Holt, have never forgiven Spuckler (pictured above, center, with Holt on the left and third-placed finisher Ben Olney, right).

He was booed when he appeared on track for the race, and again when he won in 27.03 seconds, a season best time.

Holt, however, greeted his adoring fans at the end and even did his trademark salute, which involves sticking his cabbage onto the end of an arrow, and firing it into the crowd.

He told BBC Look East afterwards: “It was a shame to lose my last race, but fair play to Spuckler.

“I now intend to enjoy my retirement – although I have one cabbage relay race to go. This is it for my individual sprinting, however.”

Experts say it is highly unlikely another cabbage sprinter will come anywhere near winning so many world championships and Olympic golds.